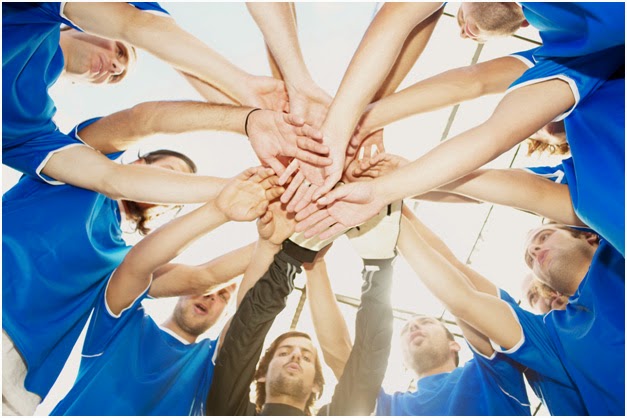 It doesn’t look as glamorous on a poster, and it seems counter intuitive to asserting individuality, but followers do not get enough credit for putting ideas into action.
Last month we celebrated the Public Speaking Fear-Free Month.Meanwhile AEI honors all types of speakers every month. Some of those speakers advocate for leadership. Commonly, an idea that’s taught within leadership learning is how to be a leader. What we don’t see as often is the other side, the followers, the people who help put ideas into action. Often times, being a follower is seen as a bad thing. While it’s important not to go along with a bad idea like political extremism, sometimes it’s necessary to be a follower to help good ideas come to life. What isn’t advocated enough is that there needs to be followers in order for such leadership to be effective.

A self-made businessperson may claim that they didn’t get any help from anyone. Yet, while starting their company, they would have to go through some process requiring others. Indeed some do have a personality that is better suited for a leadership position, but other people directly or indirectly will help that “self-made” person become more effective.

Going back to speakers, it’s important to think of the leader-follower dynamic as telling a story. Each person is the main character within their own story. No matter what, others have a powerful influence on us. A brief chat about the last sports game or the grateful glance from the woman you helped across the street is enough to be the highlight of someone’s day. Similarly, parents and teachers can become someone’s guide to success or their wrecking ball. But, not everyone can be that helping hand. Someone needs to take it.

People in different roles give us a break from the cabin fever that is too much of our own company. If you’re the most interesting person you know, great! However, if you’re like the rest of us, you’ll probably get bored of your own pride and angst after some time. You’ll also need some other hands to carry the pieces of your project. Even a self-made businessperson gets out of his or her office and spends time with their family, co-workers or Netflix account, listening to someone else. The point is that nobody can be a leader all the time. Eventually, you may need to be a follower to help someone else’s vision.
Now, what does it mean to get sick of your own personality? Well, it’s easier to think in relation to story. If one follows any type of storytelling, whether that’s movies, the local news, or internet fan fiction, we have to spend a lot of time with the main character. Blockbusters put a different face to the same brand of hero. The news, reports similar tragedies in separate locations, and the internet provides ample opportunity to unleash one’s smutty interpretations of existing work.
Since every story needs a focus, the recipient sees both highs and lows of that focus. Frodo bears the ring, the US government tackles Health Care and 50 Shades of Grey excites the imagination.  Fortunately, the main character has relationships to help on the journey that others can get invested in too.
Side characters are just as important as the main character. They are the wise mentors, the best friends, the comic relief; the person who jumps out at the last minute to save the day. They are proof that the hero cannot make it alone, no matter how stubbornly they proclaim they need to. How many characters would be dead without a last minute miracle from another human relationship? It is through side characters that the main character learns about themselves. As good a leader as one can be, this is why one needs to have equally talented group of support. Sometimes, that support needs to be you.
People need friends, politicians need advisers, and even fan fiction communities thrive off both interest in a source and reinterpreting it. It is often said that hell is other people. On the other side, given the right group, heaven is too. So being a follower really is not such a bad thing. Direction is necessary, but without people to follow the action and physically build off those rapidly firing neurons, there would be much more dreaming and talking, but far less doing.
For more information on all of our speakers, please visit us at AEISpeakers.com and follow us on Facebook and Twitter!