The late author and icon Tom Clancy once said, “There is no truer representation of a country than the people that it sends into the field to fight for it.” Clancy is certainly right: perhaps no one better encapsulates the American spirit than the courageous men and women who serve to protect this nation as part of the United States Armed Forces. Although they should be in our hearts and minds year-round, this week’s holiday offers the ideal time to reflect upon and show appreciation for our US Veterans and the expertise, tenacity, and bravery they have shown in their line of work.
As a speaker’s bureau, AEI Speakers is honored to represent a diverse mix of veterans who come from a variety of professional and personal backgrounds. 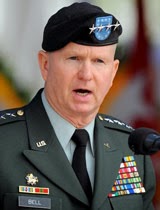 In 2008, General (Retired) B.B. Bell retired from the U.S. Army after nearly four decades of service. Out of the forty years he spent in the Army, General Bell spent fifteen of those years actively deployed overseas. As a high-ranking general, General Bell has commanded U.S. forces in both Korea and Europe, while also working to train and deploy thousands of Army and NATO troops for combat in Iraq and Afghanistan. Thanks to his lifetime of experience, General Bell is currently one of the foremost experts on military defense, national security, and U.S. foreign policy. 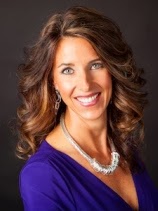 Prior to becoming a much sought-after motivational speaker, Carey Lohrenz was a member of the United States Navy. During her time in the Navy, Lohrenz made history when she became the first female F-14 Tomcat Fighter Pilot. As a combat-mission-ready fighter pilot, Lohrenz quickly learned the importance of demonstrating excellence in situations in which even the slightest inaccuracy could have lead to catastrophic results. After leaving the Navy, Lohrenz recognized similarities between her experiences and those of individuals working in the business sector. She now uses her knowledge to help others achieve excellent teamwork and leadership in a fast-paced, high-risk world. 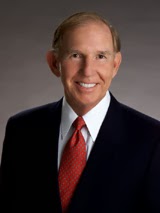 After graduating from UCLA in 1957, Captain Gerald “Jerry” Coffee joined the U.S. Navy. Shortly after in 1962, Captain Coffee was awarded the Distinguished Flying Cross for flying crucial low level reconnaissance missions over Cuba during the Cuban Missile Crisis. His experience in the Navy then took a drastic turn in 1966 when his RA5-C reconnaissance jet was shot down by enemy fire over North Korea. Despite parachuting to safety, Captain Coffee was immediately captured by the enemy and kept as a POW in a Communist prison for the next seven years. Even after enduring a near decade-long ordeal, Captain Coffee returned to his active operational duties. As a speaker, Captain Coffee now shares his story of living and triumphing “beyond survival” with thousands of corporate employees a year. 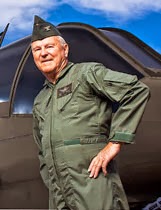 As a high-ranking and multiple award-winning colonel in the U.S. Army, Colonel (Retired) Bill Badger achieved more than a lifetime’s worth in his near four decades of service. Starting as a Second Lieutenant in the South Dakota National Guard, Colonel Badger worked his way up to be Chief of Aviation Operations for the National Guard Bureau stationed in the Pentagon. Twenty years after his retirement, Colonel Badger was thrust into action once again on January 8, 2011 when attending Congresswoman Gabriel Giffords’ appearance at a grocery store in Tucson, Arizona. Despite being injured in the shooting, Colonel Badger saved at least a dozen lives by tackling the shooter as he attempted to reload his weapon.Colonel Badger, in more ways than one, is the definition of a real American hero.
It is a testament of one’s character to make the decision to join the United States Armed Forces, but it is even more telling of a person to see what they do once their service has ended. Veterans by nature innately deserve our admiration, but they deserve even more of our respect and gratitude for continuing to help the American people with their knowledge even after they leave the force.
For more information on all our speakers – including our veterans and other international conflict experts – please visit us at AEISpeakers.com and follow us on Facebook and Twitter!