Earth Day, celebrated on April 22nd, is an annual series of events held worldwide to support environmental protection and encourage green living. First proposed by John McConnell in San Francisco in 1969, it has been celebrated every year since in diverse and creative ways.
In honor of Earth Day, here are some amazing environmentalist speakers that you can book for your next event:

Winona LaDuke
LaDuke is a sustainable development, and renewable energy activist, and a two-time vice presidential candidate with Ralph Nader for the Green Party. She is also the program director for Honor the Earth, which does international work on the issues of climate change, renewable energy, and environmental justice with indigenous communities. LaDuke was formerly a board member for Greenpeace USA, and helped found the Indigenous Women’s Network.
Dr. Bjorn Lomborg 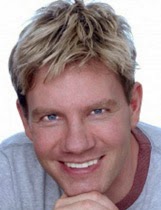 Dr. Lomborg’s work revolves around researching smarter ways to improve the environment throughout the world. His think tank, the Copenhagen Consensus Center, has been ranked one of the world’s top 25 Environmental think tanks. Lomborg is also the author of bestselling books such as The Skeptical Environmentalist, and Cool It. Esquire named him “one of the world’s 75 most influential people of the 21st century.” 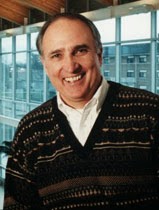 David Orr
Orr is a Professor of Environmental Studies and Politics. He teaches, writes, and speaks on the topics of environmental politics, environmental educations, green building, and climate change. Orr organized the effort to build the first substantially green building on a US college campus in 1996. He has recently been part of a collaborative project to define a 100 days climate action plan for the Obama administration. He is the author of the book Down to the Wire: Confronting Climate Collapse.
Go green, and book one of these influential speakers for your next event!
For more information on all of our speakers, please visit us at AEISpeakers.com and follow us on Facebook and Twitter!