It Is Hispanic Heritage Month

Each year, Americans celebrate Hispanic Heritage Month from September 15 to October 15. In 1968, President Lyndon Johnson started the tradition of celebrating Hispanic Heritage Month. President Ronald Reagan officially enacted it into a law in the late 1980’s. Since then, Americans have spent the month celebrating the food, music, art and overall contributions Hispanics have made to our country.
AEI Speakers Bureau is proud to have a wide roster of Hispanic speakers with topics including immigration, labor rights, inspiration, gay and lesbian rights, literacy and more. Here’s a sample of the incredible Hispanic speakers AEI Speakers Bureau has to offer: 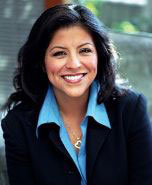 Christine Chavez is a political director, civil rights activist and a humanitarian. As the granddaughter of Cesar Chavez, Chavez is best known for her formation of the Latino and African American Leadership Alliance with Rev. Al Sharpton and her work with the United Farm Works Union. Chavez is carrying on her grandfather’s legacy as she discusses controversial topics such as immigration and labor rights. 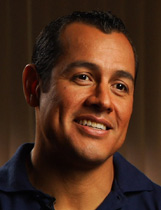 Oz Sanchez is a champion in many respects. A former marine, Sanchez rebounded after a terrible hit and run motorcycle accident left him with a spinal cord injury. After the incident, he began to train in both adaptive sports of handcycling and Triathlon. He became a Paralympic champion having taken home numerous Olympic medals. He is a triple world champion and was named 2009’s Challenged Athlete of the Year. Sanchez will discuss his motto “Know No Limits” on how acheiving successful change inevitably means overcoming obstacles. 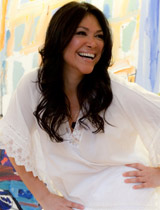 Sandra Guzman has interviewed some of the most high-profile people in the world. Guzman is a well-respected journalist who has interviewed such people as Frm. Secretary of State Madeline Albright, Comedian George Lopez and Singer Alicia Keys. She’s the Emmy-Award winning writer of the fitness magazine Heart and Soul and a media consultant for Gov. Andrew Cuomo. Guzman is an engaging and gifted speaker who can discuss such topics as marketing to Hispanics and finding success the Latin way.
To view more of AEI Speakers Bureau’s roster of Hispanic speakers, visit AEISpeakers.com!