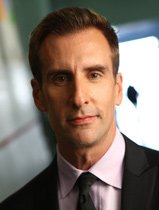 Brian Unger is the host of the new show Time Traveling with Brian Unger which premieres on the Travel Channel on April 20th at 10pm EST with a second episode at 10:30pm EST. The show will follow Brian Unger as your time traveling tour guide traveling around the world to bring you the unknown history of many well known landmarks as well as visiting places you’ve never been before. The show has been signed for 13 episodes so far.
Unger himself calls the show “a funformitive, historic thrill-ride through familiar events and places we often take for granted – a show in which past and present collide but, thankfully, no one gets hurt.”
In the first episode Unger will bring the viewers on a journey to San Fransisco in the 1930s for a behind the scenes look at the design, engineering, and building of the Golden Gate Bridge. He will then travel east to the New York City of 1913 to explore the creation of the tallest building in NYC, the Woolworth Building.
In the second episode, airing just after the premiere, we find Unger in the wild west to dispel the myths about the infamous shootout at the O.K. Corral. He then travels to the heyday of Las Vegas, the 1940s.
Brian Unger is known for his work as an original correspondent and producer for the Daily Show. He has also hosted several television shows including Some Assembly Required and How the States Got Their Shapes, as well as playing a recurring character on It’s Always Sunny In Philadelphia. He currently provides commentary for NPR’s All Things Considered as well as being a spokesperson for Quicken Loans.
For more information on all of our Speakers, please visit us at AEISpeakers.com and follow us on Facebook and Twitter!