NHL advocates are back in business

After about four months of no games, upset fans and quiet ice rinks, the NHL has finally begun their season. With pucks hitting the ice again, AEI has a list of speakers who have personally been in on the action. 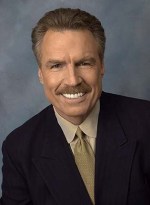 Bill Clement is a two-time Stanley Cup champion and has been the face and voice of national televised hockey since 1986. He has covered the sport for stations including ESPN, ESPN2, TNT, CBS, and NBC. Clement’s coverage ranges from events like the Olympic Games and the Stanley Cup Finals, to hosting shows such as “Hockey Central” and “NHL on NBC”. His wealth of knowledge and interest of the sport derives from his 11 years playing in the NHL for Philadelphia, Washington and Calgary.

Angela Ruggiero is a four-time Olympic Ice Hockey Player and the first woman non-goalie to play professional men‘s hockey in North America. When playing for the Tulsa Oilers, Ruggiero and her brother earned their place in the Hockey Hall of Fame as the first brother-sister duo to play pro hockey together. In 2003, she was ranked the #1 female hockey player in the world by “The Hockey News.” Ruggiero’s positions as a member of the International Olympic Committee Athletes’ Commission and as a board member on the United States Olympic Committee keep her in the know about hockey gossip and info, while her Harvard education and volunteer work speaks wonders of her personality.

Derek “Turk” Sanderson was a member of the local Boston Bruins during some of their best years from 1967-1972 and even won “Rookie of the Year.” Perceived as flashy, flamboyant and gregarious, he was still one of the most talked about players. Sanderson’s $2.65 million contract with the Philadelphia Blazers in 1973 made him a wealthy man. After suffering an injury just seven games into his season with the Blazers, he started a roller coaster ride of trades, retirement and come-back attempts. Alcohol became a huge problem for Sanderson, and in 1980 he finally sought help. Sanderson now works with younger people as a counselor and speaks on substance abuse. He is also a prostate cancer survivor and speaks on the importance of improving early detection of prostate cancer which is critical for saving lives.