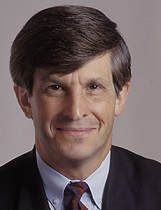 Allan J. Lichtman received his PhD from Harvard University in 1973 with a specialty in modern American history and quantitative methods. He became an Assistant Professor of History at American University in 1973 and a Full Professor in 1980, and a Distinguished Professor in 2011. He was the recipient of the Scholar/Teacher of the year award for 1992-93. He has published eleven books and several hundred popular and scholarly articles. He has lectured in the US and internationally and provided commentary for major US and foreign networks and leading newspapers and magazines across the world. He has been an expert witness in some 100 civil and voting rights cases. His book, White Protestant Nation: The Rise of the American Conservative Movement was a finalist for the National Book Critics Circle Award in nonfiction. He co-authored with Richard Breitman, FDR and the Jews, which won the National Jewish Book Award Prize in American Jewish History and was a finalist for the Los Angeles Times book prize in history. His book, The Case for Impeachment was a national independent bookstore bestseller. Lichtman’s prediction system, the Keys to the White House, has correctly predicted the outcomes of all US presidential elections since 1984.

White Protestant Nation: The Rise of the American Conservative Movement

Spanning nearly one hundred years of American political history, and abounding with outsize characters—from Lindbergh to Goldwater to Gingrich to Abramoff—White Protestant Nation offers a penetrating look at the origins, evolution, and triumph (at times) of modern conservatism. Lichtman is both a professor of political history at American University and a veteran journalist, and after ten years of prodigious research, he has produced what may be the definitive history of the modern conservative movement in America. He brings to life a gallery of dynamic right-wing personalities, from luminaries such as Strom Thurmond, Phyllis Schlafly, and Bill Kristol to indispensable inside operators like financiers Frank Gannett and J. Howard Pew.

The Keys to the White House: A Surefire Guide to Predicting the Next President

With The Keys to the White House: A Surefire Guide to Predicting the Next President, average citizens are giving the pollsters and pundits a run for their money. In this book, prominent political analyst and historian Allan J. Lichtman presents thirteen historical factors, or "keys" (four political, seven performance, and two personality), that determine the outcome of presidential elections. In the chronological, successful application of these keys to every election since 1860―including the 2000 election where Al Gore was predicted to and did indeed win the popular vote, and the 2004 contest for Bush's reelection―Lichtman dispels much of the mystery behind electoral politics and challenges many traditional assumptions. Scholars of the electoral process, their students, and general readers who want to get a head-start on calling Decision 2008 should not miss this book.