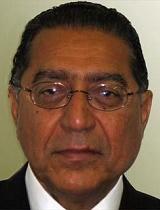 From 1995 to 2002, he represented Pakistan as Permanent Representative to the UN in Geneva. Prior to that, Ambassador Akram served in a number of important diplomatic positions including Vice Foreign Minister, Ambassador to the European Community, Director General for Economic Cooperation & Policy Planning and Minister in Pakistan’s Embassy in Tokyo, Japan.

Over the course of a forty year diplomatic career, Ambassador Akram developed close personal relations with senior government and business leaders in the Middle East, China and many other countries as a result of his leadership role on important political, economic and security issues facing these countries. Among other achievements, Ambassador Akram successfully chaired the negotiations for the accession of Saudi Arabia and Oman to the WTO, led the developing countries group at the WTO Ministerial Conferences in Singapore, Seattle and Doha, and presided over the conclusion of the first consensus resolution of the Security Council on Iraq following the 2003 conflict.

Since retiring from diplomatic service, Ambassador Akram operates a private business advisory company, Gorntazy Group, whose strategic objective is to help US and European clients build mutually beneficial relations with investment institutions and business groups in the Middle East, China and some other emerging markets The. Gorntazy Group represents some prominent financial companies and business groups.

Ambassador Akram continues to advise some UN organizations. He writes and lectures extensively on regional and global political and economic issues. He is on the Advisory Board of the NY based Counter Extremism Project.

Important Positions held at the United Nations and other specialized agencies

2006 Co-Chair for UN Management Reform.
Chairperson of the Working Party on the Accession of Saudi Arabia to WTO

2005 President of the Economic & Social Council

June 1996 Chairman of the Conference on Disarmament