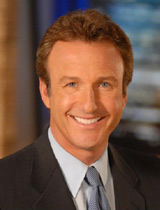 Anthony Everett is the Emmy Award-winning anchor of WCVB Channel 5’s nightly newsmagazine, “Chronicle.” He joined the program in September 2005. He has also served as co-anchor of NewsCenter 5 at 5, 5:30, 6 and 11PM.

Everett has served as WCVB’s senior correspondent for major national events and breaking news and has regularly contributed to special reports for all WCVB newscasts. His strong reporting skills have helped WCVB garner multiple prestigious awards, including the Edward R. Murrow Awards for News Series and News Documentary in 2013, the Associated Press Awards for Investigative Reporting and Documentary Reporting in 2012, and the National Headliner Award for Breaking News in 2003.

Everett previously served as co-anchor of the station’s Midday, 6 and 11 PM weekend newscasts. During this period, Everett twice received recognition from the National Headliner Awards in the category of “Spot News.”

In 2000, Everett shared the “Best Newscast” award from the Associated Press for his work in the early evening. Also in 2000, readers of The Improper Bostonian magazine voted Everett “Best Newscaster” in Boston. He has won numerous additional awards, including the 1996 National Headliner Award and Massachusetts Broadcasters Association First Place award for spot news coverage. In 1993, the RTNDA recognized him with the “Continuing Coverage” award and in 1991 he received an award from the Associated Press in the same category.

Everett’s dedication to charitable work has led to collaborations with organizations such as the National Multiple Sclerosis Society, Habitat for Humanity, the Muscular Dystrophy Association, Boston Healthcare for the Homeless, the Boston Ballet, the Atlantic Symphony Orchestra, the Home for Little Wanderers, Derby Academy, and more. As a longtime advocate, volunteer and board member for the National Multiple Sclerosis Society, Everett was honored with the Public Education Award in 1992, and in 2006 received one of the Society’s highest honors, the Partners in Progress Award.

Everett began his tenure at WCVB’s NewsCenter 5 in 1990 as a general assignment reporter. Prior to joining Channel 5, Everett was a general assignment reporter and weekday anchor on the 6 and 11 PM newscasts at WVIT-TV, the NBC affiliate in Hartford, CT. Everett began his professional broadcasting career in 1984 as a sports reporter and anchor at KSPN-TV in Aspen, Colo. He later became KSPN’s news director and remained with the station until 1987.

Everett is a graduate of Tufts University in Medford, MA. He currently serves as a guest lecturer at Tufts in their Film and Media Studies Program.