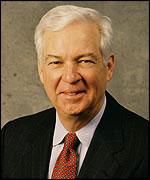 From 1970-1981, Bill Raftery served as head basketball coach at Seton Hall University, where he revitalized the program and led the Pirates to seven straight winning seasons and a record of 154-141. Raftery led the team to four ECAC post-season tournaments and two National Invitational Tournament appearances. From 1979-1981, he also served as President of the Big East Coaches Association. Prior to coaching at SHU, Bill Raftery spent five years coaching at Fairleigh Dickinson University in Madison, New Jersey where he led the Jersey Devils to a 63-48 record from 1963-68. In his final year at FDU, he led the team to an 18-6 record and earned Coach of the Year honors from the New Jersey Basketball Writers Association.

A standout on the court as well, Bill Raftery played three seasons at LaSalle University under legendary coach Donald “Dudle”” Moore. During the 1959-1960 season, he set a freshman scoring mark with 370 points. The next year, he led the varsity team with 17.8 points per game and in his senior year, he co-captained the Explorers to the National Invitational Tournament. Following his senior year at LaSalle, he was drafted by the New York Knicks.