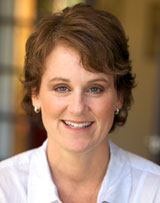 Bonnie Curtis was born in Texas and graduated as Valedictorian from Abilene Christian University with a BA in journalism. Bonnie Curtis moved to Los Angeles with her first two loves in mind: film and public speaking.

Bonnie Curtis immediately found production work on the films Dead Poets Society and Arachnophobia before being hired as Steven Spielberg’s assistant in 1990—embarking on what would become a fifteen-year professional relationship with the acclaimed director.

Bonnie Curtis has spent the last decade speaking on various panels and podiums for Women in Film, Producers Guild of America, American Film Institute, the Academy of Motion Picture Arts and Sciences, and film schools and festivals across the globe. In 2008, she was a featured speaker at both the CAIS (California Association of Independent Schools) Teachers Conference and The Center for Early Education’s Parent Conference. Bonnie Curtis has also spoken to the junior high and high school students of various CAIS schools, including Harvard Westlake, Brentwood and Campbell Hall.

After the films Hook and Jurassic Park, Bonnie Curtis became a Production Associate on Schindler’s List and served as Associate Producer on The Lost World: Jurassic Park, and Amistad. In 1998 she Co-Produced the epic blockbuster Saving Private Ryan, for which she received the “Producer of the Year” award from the Producers Guild of America. Next came A.I. Artificial Intelligence followed in 2002 by Minority Report, starring Tom Cruise.

Fulfilling a longtime desire to work with a first-time filmmaker, Bonnie Curtis produced The Chumscrubber with Lawrence Bender (Good Will Hunting, An Inconvenient Truth) for first-time director Arie Posin in 2005. The film starred Glenn Close, Ralph Fiennes and Jamie Bell and was an official selection for both the Sundance Film Festival and South by Southwest Film Festival as well as winning the “Audience Award for Best Film” at the Moscow Film Festival.

Bonnie Curtis has recently partnered with her Chumscrubber director Posin, putting together a slate of six films, and is currently in pre-production on her next film, The Look of Love, which Posin will direct.

In 2002 Ms. Curtis was featured as one of thirty “Great Women of Film” in Helena Lumee’s best selling book from Watson Guptill Press. In 2004 she was the recipient of the Women in Film Topaz Award from the Dallas chapter. Bonnie Curtis has co-chaired GLSEN’s (Gay, Lesbian, Straight Education Network) Respect Awards for the past four years, serving as an Honor Society Member for the organization since 2005 and recently being appointed to its National Leadership Council.

Ms. Curtis lives in Los Angeles with her partner of 11 years, graphic artist Kim Lincoln, their daughter Maggie, and their two dogs Scout and Boo.