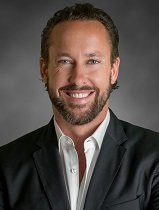 Brent Gleeson is a Navy SEAL combat veteran with multiple tours to Iraq and Africa. Upon leaving SEAL Team 5, Brent turned his discipline and battlefield lessons to the world of business and has become an accomplished entrepreneur, author, and acclaimed speaker on topics ranging from leadership and building high performance teams to culture and organizational transformation. You can learn more about his leadership philosophies in his weekly columns on Inc.com and Forbes.com.

Brent is the Founder and CEO of TakingPoint Leadership, a progressive leadership and management consulting firm with a focus on business transformation and building high-performance cultures. With degrees in finance and economics from Southern Methodist University, certificates in English and History from Oxford University in England and a graduate business degree from University of San Diego, Gleeson’s extensive experience is both academic and real-world in nature. Gleeson has won awards for business leadership and was named one of the “Top 10 CEOs” in Entrepreneur Magazine’s October 2013 issue for his exemplary approach to building high-performance teams in business.

He is the bestselling author of TakingPoint: A Navy SEAL’s 10 Fail Safe Principles for Leading Through Change, which was a #1 New Release on Amazon in Organizational Change and Business Structural Adjustment. Between his experiences in the SEAL Teams and building award winning organizations that have topped the Inc. 500 list of fastest growing companies, Brent has become a business transformation expert. TakingPoint highlights his ten-principle program all leaders and managers will need to lead change and achieve winning results in the twenty-first century business landscape.

He has also starred in several reality shows including NBC’s ‘Stars Earn Stripes’ where he and Chris Kyle of America Sniper along with other special operations professionals were paired with celebrities to compete and raise money for charities like Wounded Warrior Project.
Brent is on the executive board of the SEAL Family Foundation and his family is an Ambassador Family for March of Dimes. He is married with three wonderful children.

Embrace the Suck: The Navy SEAL Way to an Extraordinary Life

During the brutal crucible of Navy SEAL training, instructors often tell students to "embrace the suck." This phrase conveys the one lesson that is vital for any SEAL hopeful to learn: lean into the suffering and get comfortable being very uncomfortable. In this powerful, no-nonsense guide, Navy SEAL combat veteran turned leadership expert Brent Gleeson teaches you how to transform every area of your life--the Navy SEAL way.

Decorated Navy SEAL, successful businessman and world-renowned speaker Brent Gleeson shares his revolutionary approach to navigating and leading change in the workplace—with a foreword by #1 New York Times bestselling author Mark Owen.
Inspired by his time as a Navy SEAL and building award-winning organizations in the business world, Brent Gleeson has created a powerful roadmap for today’s existing and emerging business leaders and managers to improve their ability to successfully navigate organizational change. Over the past ten years since leaving the SEAL Teams, Gleeson has become a well-respected thought leader and expert in business transformation. He has spoken to and consulted with hundreds of organizations across the globe and inspired thousands of business leaders through his highly insightful philosophies on leadership, culture and building high-performance teams that achieve winning results.