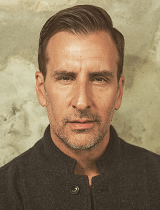 Brian Unger began his career by getting David Letterman his lunch. He eventually earned his producer stripes at CBS News and then went onto become a founding correspondent and producer at The Daily Show on Comedy Central.

Unger would ricochet off the walls of comedy and news for the next 20 years … as a humorist and commentator for NPR, an executive producer, writer, and host of “Some Assembly Required” for Discovery, “How the States Got Their Shapes” for History Channel, “Showdown of the Unbeatables” for National Geographic, and “Time Traveling with Brian Unger” for Travel Channel, as well as a host of EXTRA and an anchor at MSNBC.
Unger is also an actor, regularly appearing on “It’s Always Sunny in Philadelphia” and most recently starred in the CBS comedy “Me, Myself &I” and “Yellowstone” for Paramount Network.