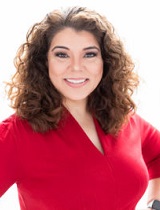 Celeste Headlee is an award-winning journalist, public speaker and author of the book We Need To Talk – How To Have Conversations That Matter (Harper Wave). Celeste is the Executive Producer and host of On Second Thought at Georgia Public Broadcasting in Atlanta. A former host at National Public Radio, she anchored shows including Tell Me More, Talk of the Nation, All Things Considered and Weekend Edition. She also served as co-host of the national morning news show, The Takeaway, from PRI and WNYC, and anchored presidential coverage in 2012 for PBS World Channel. As an NPR host and journalist, Celeste Headlee has interviewed hundreds of people from all walks of life. Through her work, she has learned the true power of conversation and its ability to both bridge gaps or deepen wounds. In a time when conversations are often minimized to a few words in a text message and lack of meaningful communication and conversation abounds, Celeste sheds a much-needed light on the lost and essential art of conversation.

Celeste’s TEDx Talk sharing 10 ways to have a better conversation was listed as one of the most watched TED Talks in 2016 by CNBC and named the #1 must-watch TED Talk by Glassdoor with 12.5 million total views to date.

Do Nothing: How to Break Away from Overworking, Overdoing, and Underliving

In Do Nothing, award-winning journalist Celeste Headlee illuminates a new path ahead, seeking to institute a global shift in our thinking so we can stop sabotaging our well-being, put work aside, and start living instead of doing. As it turns out, we’re searching for external solutions to an internal problem. We won’t find what we’re searching for in punishing diets, productivity apps, or the latest self-improvement schemes. Yet all is not lost—we just need to learn how to take time for ourselves, without agenda or profit, and redefine what is truly worthwhile.

We Need to Talk: How to Have Conversations That Matter

Today most of us communicate from behind electronic screens, and studies show that Americans feel less connected and more divided than ever before. The blame for some of this disconnect can be attributed to our political landscape, but the erosion of our conversational skills as a society lies with us as individuals.

And the only way forward, says Headlee, is to start talking to each other. In We Need to Talk, she outlines the strategies that have made her a better conversationalist—and offers simple tools that can improve anyone’s communication.