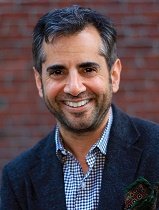 Changing your gender from female to male takes balls. And if you’re going to do it in front of 500 co-workers at one of the top ad agencies in the country, you’d better have a pretty big set!

Award-winning advertising creative director, Chris Edwards knows this first hand. He began his career in 1993 as a copywriter at Arnold Worldwide, a high-profile ad agency in Boston. There he used the principles of branding and marketing, along with his ever-present sense of humor, to orchestrate what was quite possibly the most widely accepted and embraced gender transition of its kind––at a time when the word “transgender” didn’t exist.

He wrote all about it in his heartfelt and hilarious memoir, BALLS: It Takes Some to Get Some (October 4, 2016, Greenleaf Book Group). Since then he’s become a sought-after speaker, engaging audiences with his conversational humorous style while inspiring them with his courageous story and compelling message that we all have the power to control how others define us. Attendees walk away with a unique perspective on what it’s like to be transgender and insight on how to be better allies.

Chris is able to adapt his presentation content to various audiences and enjoys facilitating lively and provocative Q&As. He has keynoted at conferences and spoken at many ad agencies, corporations and schools including: Apple, Google, Deutsch, J. Walter Thompson, Pfizer, Vertex, GetWellNetwork, The Ad Club Women’s Leadership Forum, The 3% Conference, Harvard and Harvard Medical School. 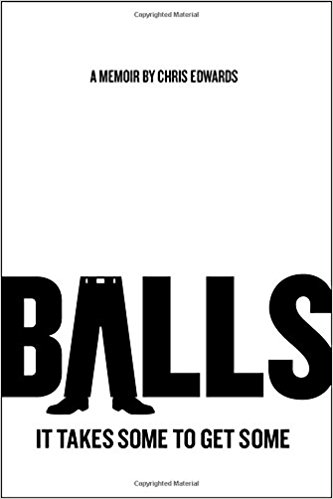 BALLS: It Takes Some to Get Some

Changing your gender from female to male takes balls. And if you're going to do it in front of 500 coworkers at one of the top ad agencies in the country, you better have a pretty big set!
At a time when the term "transgender" didn't really exist, and with support from family, friends, and a great therapist, Chris Edwards endured 28 surgeries to become the man he always knew he was meant to be. He used what he learned working in advertising along with his ever-present sense of humor to rebrand himself and orchestrate what was quite possibly the most widely accepted and embraced gender transition of its kind. He's a pioneer who changed the perception of an entire community, and his memoir, BALLS, will touch readers' hearts and open their minds.
Edwards is funny, brazen, and endearing, and BALLS is the hilarious and moving story about family, friends, and the courage to be your true self. It boldly and fearlessly goes where other trans memoirs haven't. If you've ever felt uncomfortable in your own skin, for whatever reason, you will be inspired and empowered by this book.