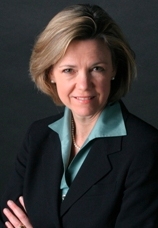 Dana Priest is the third John S. and James L. Knight Chair in Public Affairs Journalism at the Philip Merrill College of Journalism. Priest has spent the majority of her career focusing on national security, military operations and the U.S. intelligence agencies.

In 2010, her project, “Top Secret America,” covered the buildup in top-secret intelligence organizations in the aftermath of Sept. 11. A unique searchable database of top-secret sites was part of that investigation, which was expanded and published as a book and a “Frontline” documentary released in September 2011. Her first book, “The Mission: Waging War and Keeping Peace with America’s Military,” was a finalist for the Pulitzer and is still widely used in military academies.

Her student-led Press Uncuffed project successfully focused attention on the plight of journalists who are jailed around the world.

The Mission: Waging War and Keeping Peace with America's Military

The Mission is a boots-on-the-ground account of America's growing dependence on our military to manage world affairs, describing a clash of culture and purpose through the eyes of soldiers and officers themselves. With unparalleled access to all levels of the military, Dana Priest traveled to eighteen countries-including Uzbekistan, Colombia, Kosovo, Indonesia, Nigeria, and Afghanistan-talking to generals, admirals, Special Forces A-teams, and infantry troops. Blending Ernie Pyle's worm's-eye view with David Halberstam's altitude, this book documents a historic and thought-provoking trend, one even more significant in the aftermath of September 11 as the country turns to its warriors to solve the complex international challenges ahead.

After 9/11, the United States government embarked on an unprecedented effort to protect America. The result has been calamitous: after ten years of unparalleled spending and growth, the result is that a system put in place to keep America safe may in fact be putting us in even greater danger-but we don't know because it's all Top Secret.