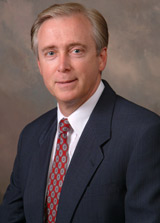 Dr. Bernard Nash has written extensively on business issues and has authored several books including, “The Journey Toward Self Discovery” and “The Contingency Approach to Negotiation Strategies and Tactics”. Dr. Bernard Nash has traveled throughout the world as an international businessman and through his frustrations with air travel today he wrote a book with a lighthearted theme on his experiences. The book is entitled, “A Funny View of Air Travel Today and Those Responsible for the Nightmare”. Dr. Bernard Nash is now planning a new book on his experiences as a professor and administrator in the academic world.

Dr. Nash’s career includes six years with the U.S. Army where he was commissioned a Second Lieutenant at age nineteen. Dr. Bernard Nash served in Vietnam in 1968-69 and was a member of the General’s Staff for military intelligence activities at the European Command Headquarters in Germany for three years. Longing to have a career in the private sector Dr. Bernard Nash joined Texas Instruments in Dallas, Texas and held various management positions there for nine years. Dr. Bernard Nash launched his own company with a partner after leaving Texas Instruments. The company was an international investment and real estate development company which is still based in Dallas, Texas. Dr. Bernard Nash served as president for ten years and left the company to be a professor and Director of the Center for International Business at the University of Dallas Graduate School of Management. After five years Dr. Bernard Nash left the academic world and became president of an Asian based holding company and moved to Asia to run those operations.

When Dr. Bernard Nash returned from Asia it was not too long before he was asked to return to the academic world to teach graduate business and management courses. Dr. Nash eventually became a regional director for a state university based in Alabama.

Dr. Bernard Nash now consults to a variety of clients and conducts seminars on Advanced Negotiating Strategies and Tactics and Business Process Analysis. Possessing an international orientation and a strong professional and academic background in management, marketing and international business, Dr. Nash uses his practical and theoretical knowledge to help his clients succeed. With over thirty years of unique experiences and achievements, he is insightful or as one client said, “Dr. Nash has the kind of insight that allows him to see what others cannot.” Another client who had Dr. Bernard Nash as a conference speaker said, “Dr. Nash by far has more in depth knowledge and experience in a variety of fields that he cannot be compared to any other speaker I have heard.”

Dr. Bernard Nash likes to deliver speeches with a sense of humor as he talks about his experiences in business domestically and internationally and his view of academics today. He enjoys motivating and entertaining audiences by sharing memorable stories from a very full and exciting life.

Dr. Bernard Nash has received numerous awards and recognition for his private and public sector achievements. He has received the Haggar Foundation Award and the Bank of America award for Entrepreneurial Spirit. Dr. Bernard Nash has been interviewed by newspapers throughout the U.S., Latin America, Asia and Europe and has been a frequent radio talk show guest to discuss or debate business and academic issues and has written Opinion Editorials that have appeared in papers all over the U.S. including USA Today.

Anyone who travels by air today must deal with a long list of frustrations. This book is a funny review of the nightmare that is air travel today. Fasten your seat belt for a bumpy ride as you experience the bag droppers, the bungee seat, disappearing bags, the confused seat finders, people running through airports, the airport drop off system and the slow security process that elevates blood pressure levels.

It has been said that everything is negotiable. To do it successfully the negotiator must understand all the contingencies involved. Those contingencies involve cultural understanding, protocol, the process and preparations required and the establishment of a power position. This book is about gaining a negotiator's skills set and takes the reader on the author's thirty year journey negotiating deals all over the world.

A Journey Toward Self Discovery - The Story of a Soldier's Son

Everyone needs to find out their reason for existence and why they do what they do in life. This book let's the reader discover the influences of family and environment on life's choices and professional decision making. The end is found in the means. "The man I became was based on the boy I was."