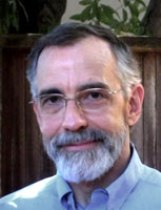 Often described as “the founding father of nanotechnology”, Eric Drexler introduced the concept in his seminal 1981 paper in the Proceedings of the National Academy of Sciences, which established fundamental principles of molecular engineering and outlined development paths to advanced nanotechnologies. In his 1986 book, Engines of Creation: The Coming Era of Nanotechnology, he introduced a broad audience to a fundamental technology objective: using machines that work at the molecular scale to structure matter from the bottom up. Drexler’s research in this field has been the basis for numerous journal articles and a comprehensive, physics-based analysis in Nanosystems: Molecular Machinery, Manufacturing, and Computation. In his publications and lectures, Dr. Drexler describes the implementation and applications of advanced nanotechnologies and shows how they can be used solve, not merely delay, large-scale problems such as global warming.

Dr. Drexler served as Chief Technical Consultant to the Technology Roadmap for Productive Nanosystems, a project of the Battelle Memorial Institute with support from the Oak Ridge, Pacific Northwest, and Brookhaven US National Laboratories, and as Chief Technical Advisor to Nanorex, a company developing open-source design software for structural DNA nanotechnologies. He has worked in collaboration with the World Wildlife Fund to explore nanotechnology-based solutions to global problems such as energy and climate change.

He is currently an Academic Visitor in residence at Oxford University where he completed Radical Abundance: How a Revolution in Nanotechnology Will Change Civilization.

Drexler was awarded a PhD in Molecular Nanotechnology from the Massachusetts Institute of Technology (the first degree of its kind).

Eric resides in Oxford, United Kingdom, with his wife.

Engines of Creation: The Coming Era of Nanotechnology

This brilliant work heralds the new age of nanotechnology, which will give us thorough and inexpensive control of the structure of matter. Drexler examines the enormous implications of these developments for medicine, the economy, and the environment, and makes astounding yet well-founded projections for the future.

Nanosystems is the first scientifically detailed description of developments that will revolutionize most of the industrial processes and products currently in use. This groundbreaking work draws on physics and chemistry to establish basic concepts and analytical tools. The book then describes nanomechanical components, devices, and systems. Via chemical and biochemical techniques, proximal probe instruments, and software for computer-aided molecular design, the book charts a path from present laboratory capabilities to advanced molecular manufacturing.

Unbounding the Future: The Nanotechnology Revolution

A comprehensive, easy-to-understand handbook that explains what nanotechnology is and how it will revolutionize life in the future. The world's leading expert in the field, Drexler also examines the spectacular accomplishments that might result from a breakthrough: elimination of disease and pollution.

Radical Abundance: How a Revolution in Nanotechnology Will Change Civilization

K. Eric Drexler is the founding father of nanotechnology-the science of engineering on a molecular level. In Radical Abundance, he shows how rapid scientific progress is about to change our world. Thanks to atomically precise manufacturing, we will soon have the power to produce radically more of what people want, and at a lower cost. The result will shake the very foundations of our economy and environment.