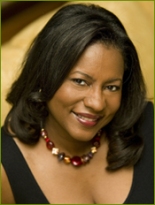 Dr. Hilda Hutcherson grew up in Tuskegee, Alabama. She received her undergraduate degree from Stanford University and her medical degree from Harvard Medical School. She completed a medicine internship at the University of California in San Francisco, and her residency in obstetrics and gynecology at Columbia University Medical Center.

Since completing her residency, Hilda Hutcherson has held numerous positions and served on countless committees and boards. She is presently a Clinical Professor of Obstetrics and Gynecology and Associate Dean for Diversity and Minority Affairs at Columbia University’s College of Physicians and Surgeons.

Dr. Hilda Hutcherson‘s devotion to women’s empowerment and education is supported by her monthly sexual health columns in Essence Magazine and Glamour Magazine. She is an online advisor for Parents Magazine and Glamour. She has been quoted in O Magazine, Heart and Soul, Cosmopolitan, Upscale, Allure, Health, Redbook, Parents, Self, and Marie Clair magazine, among others. Hilda Hutcherson has appeared on Oprah, Montel, Rachel Ray Show, 20/20, Today, Good Morning America, the Early Show, ABC Nightly News, Nightline, and numerous others.

Dr. Hilda Hutcherson is the author of 3 books: Having Your Baby: A Guide for African American Women, What Your Mother Never Told You About Sex, and Pleasure: A Woman’s Guide to Getting the Sex You Want, Need and Deserve.

Hilda Hutcherson was recently named by Black Enterprise Magazine as one of America’s Leading Physicians, one of the Top Doctors in New York in the Castle Connoly Guide, and is included in the Best Doctors in America 2005-2006 database.

She is married and has 4 children.

Pleasure: A Woman's Guide to Getting the Sex You Want, Need and Deserve

Written in the tone of a supportive and savvy friend who just happens to be a top sex expert, this invaluable guide explores: • Redefining pleasure: why the quest for female orgasms is over hyped-and how to relax and truly enjoy sex, with or without them • Discovering the female body's pleasure zones • Communicating with a partner about what feels good (and what doesn't) • Exercising and eating to improve your sex life • Sex positions 101...and 201 • A lifetime of pleasure: great sex after pregnancy, after fifty, and more

What Your Mother Never Told You About Sex

In her ob-gyn practice, Dr. Hilda Hutcherson has seen women of all ages who have questions about sex. Now, in this down-to-earth book, she answers those questions and more as she addresses every sexual matter that has an impact on the lives of women. Combining up-to-date medical science with good old-fashioned girl talk, Dr. Hutcherson discusses sex in a lively tone that's as educational as it is engaging. With facts on female (and male) anatomy, aphrodisiacs, fantasy, orgasm, birth control, and more, she shows how to overcome sexual problems - and achieve sensational sensual experiences. Your mother may not have known what to tell you about sex, but Dr. Hutcherson will give you a real, honest education on sex and sexuality. And with a special chapter on talking to your daughter, you can pass on your wisdom on to the next generation.

In this reassuring book, Dr. Hilda Hutcherson, an Assistant Professor of Clinical Obstetrics and Gynecology at Columbia University and mother of four, shares all the medical information and emotional support you'll need during this exhilarating and sometimes anxious time. As an African American woman, you face unique challenges during pregnancy. Here is vital, sound advice on: • Choosing a care provider, either a doctor or midwife, and the questions you should ask each • Caring for yourself successfully in each trimester - including what to expect from your body and your emotions • Handling your increased risk of being affected by diabetes, fibroids, high blood pressure, or sickle cell disease - and how these conditions can affect your baby • And more...