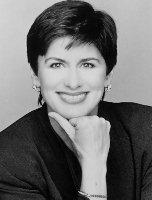 Dr. Janelle M. Barlow embodies the idea of a renaissance individual. She is an entrepreneur, author, award-winning photographer and classical pianist.

Barlow is also president of a multinational training and consulting organization. A licensed marriage and family therapist, and a past board member of the Association of Humanistic Psychology, Dr. Barlow earned her Ph.D. at the University of California at Berkeley. She also has two master’s degrees, one in international relations and another in psychology.

During her twenties, Barlow lived in Taiwan for three years where she learned to speak Mandarin Chinese. During that period, she developed a particularly keen sense of diverse ideas and approaches to management. She also studied Russian and Vietnamese during her academic studies.

As an author, Barlow co-wrote a bestselling business book, A Complaint Is a Gift, which is currently available in 20 languages, as well as an animated video based on the topic. Branded Customer Service was released October 2004 and has also been nominated for several awards. Janelle‘s articles have appeared in dozens of international and national publications.

Janelle‘s training program, Performing Under Pressure, based on another of her popular books, The Stress Manager, is offered around the world. Her management training program called Unbind Your Mind: The Freedom to be Creative, teaches business people how to be more original and creative. She has also published two books with 365 creativity skill building exercises: Mind Flexors I and Mind Flexors II.

Twice awarded the prestigious “International Trainer of the Year” award by Time Manager International, Dr. Barlow works in such exotic locations as Poland, Peru, Portugal, Puerto Rico, and Papua New Guinea. She earned the designation of Certified Speaking Professional offered by the National Speakers Association, on whose international board Janelle is an elected member.

After suffering from heart disease as a child and ulcers in her twenties, Janelle Barlow became committed to stress management, health, and fitness. She swims at least a mile day…including a solid half mile of butterflies! She has run several marathons and enjoys hiking with her husband.

A Complaint is a Gift: Using Customer Feedback as a Strageic Tool

Customer complaints can give businesses a wake-up call when they're not achieving their fundamental purpose-meeting customer needs. They are a feedback mechanism that can help organizations rapidly and inexpensively shift products, service, style, and market focus. Businesses that don't value their customers' complaints suffer from costly, negative word-of-mouth advertising. Presenting dozens of real-life striking examples of poor - and excellent - complaint handling, Barlow and Moller show that companies must view complaints as gifts if they are to have loyal customers.

In recent years, videoconferencing technology has improved significantly as equipment prices have dropped. Smart Videoconferencing demonstrates how to integrate this technology into business communications. The authors address the most basic concerns of users: how to handle the equipment, how to reduce distractions, how to avoid mistakes, and how to look and sound your best on camera.

This book details a practice for adding emotional value to customers' experiences and to those of staff. The practices show that by understanding the critical role emotions play in creating customer experiences, organizations can take their service to new levels.