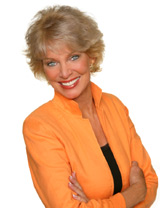 Dr. Janet Lapp’s larger-than-life on-stage personality captures attention and hearts with humor and compelling story. Her leading-edge information gives new tools and strategies for change leadership. She switches mindsets by teaching creative strategies to guide through change. Appropriate for all levels of staff, from the front line to sales to top leadership, she creates Change that Lasts.™

Janet is a psychologist and author who is known for her ability to instill openness and flexibility in audiences.

Over 2,000 audiences around the world from Russia to Argentina to Hong Kong- clients such as IBM, AT&T, Allstate, New York Life, Toyota, and Kawasaki- have been challenged by Dr. Janet Lapp to adopt an innovative mindset that can create positive change and overcome challenge. She presents in French or Spanish for appropriate audiences.

Former professor, researcher, clinician, and registered nurse, Dr. Janet Lapp was born and raised in Québec, Canada; her PhD is from McGill University in Montreal. A licensed clinical psychologist and author of five books, she has been admitted to the Speakers Hall of Fame, and one year was rated by Toastmasters as one of the top three speakers worldwide. She is the creator and host of the Emmy-nominated CBS series ‘Keep Well,’ and has appeared regularly on INN, ABC, CNN, and NBC affiliates.

The Ritz-Carlton team and IBM sales used her best-selling book Plant your Feet Firmly in Mid-Air to help create their successful transformations. She is author of four other books: Dancing with Tigers, Positive Spin, Why Won’t They Listen to Me? (pack leadership), and the 2014 release The Four Elements of Transformation (how to create radical and sustainable change).

A former air race pilot and current flight instructor, Janet has flown her airplane throughout South America and Africa, and is a long time member of the Flying Doctors of Mercy (Ligainternational.org), volunteering monthly in central México.

This ultimate down-to-earth, common sense guide to true success guides you through letting go of old blocks toward true success and happiness. It has been heralded as an inspiring, easy read that can lead to transformation for those ready to make new choices in their lives.

Ever wondered why you are working harder and yet having less fun? Are you on a treadmill–and no matter how fast you go, you feel you might not get any further? The Western political system and the current ruling class (the media) have put a Positive Spin on our world, heading us toward catastrophe. We all have a right to happiness (true) if we just think the right thoughts (false), earn the right income and have the right job (false) and live the American dream.

Plant Your Feet Firmly in Mid-Air: Guidance Through Turbulent Change

Everything you need to know about creating and managing change. This book will teach you how to develop the skills needed to develop an effective leadership style and overcome resistance to change.

The Four Elements of Transformation:Secrets of Radical, Sustainable Change

This transformational system is based on using natural laws in a particular order to create enduring change. Nature transforms in a particular way, and because this systems mimics that change, it works. It applies the principles in a very practical way to personal change. The Four Elements system explains how to discover and develop the Elements in their correct order. Complete exercises are given in the Four Elements Journal that stamp in changes. By following this system, change can be radical and sustainable. The Elements of Earth (Truth), Water (Order), Air (Energy), and Fire (Expansion) govern the circulation of all forms of energy in life. When these elements have not been developed in the right order, or are blocked, the result can be frustration, feeling limited, dis-ease and dis-tress. When they are developed in order, the result can be unstoppable success.