Louis Ignarro is a Distinguished Professor of Pharmacology at the UCLA School of Medicine and winner of the 1998 Nobel Prize in Medicine for his groundbreaking discovery of the importance of Nitric Oxide in cardiovascular health.

In addition to the Nobel Prize, Dr. Louis Ignarro has also received numerous other special awards for his research, including the Basic Research Prize of the American Heart Association, the CIBA award for Hypertension Research and the Roussel Uclaf Prize for Cell Communication and Signaling. He has been elected to the National Academy of Sciences and the American Academy of Arts and Sciences and has published over 500 scholarly articles in his career.

For nearly 30 years Dr. Louis Ignarro‘s research has focused on the role of Nitric Oxide in the cardiovascular system. Among the most significant contributions from Dr. Ignarro‘s wealth of research is the discovery that Nitric Oxide is produced in the blood vessels and controls the flow of blood by signaling the vessels to expand and contract. A shortage of Nitric Oxide production, caused by poor diet and lack of physical activity, leads to the onset and increasing severity of cardiovascular disease, including heart attack, stroke, and high cholesterol.

In addition, Dr. Louis Ignarro‘s experiments in 1990 led to the discovery that Nitric Oxide is the neurotransmitter responsible for penile erection. The discovery made it possible to develop and market Viagra, the first oral medication for the effective treatment of erectile dysfunction. As a result of his role in this blockbuster drug, Dr. Louis Ignarro is sometimes known as “the Father of Viagra”. In addition to continuing to lead an active team of researchers in his lab at UCLA, Dr. Ignarro now focuses on communicating the benefits of enhanced Nitric Oxide production to the general public. His goal is to wipe out heart disease using the scientific knowledge he has created, because his work proves that almost all cardiovascular disease is preventable.

Louis Ignarro was born in Brooklyn, New York in 1941, the son of uneducated Italian immigrants. He received a B.Sc. in Chemistry and Pharmacy from Columbia University in 1962, a Ph.D. in Pharmacology from the University of Minnesota in 1966, and postdoctoral training in the Laboratory of Chemical Pharmacology at the NIH in 1966-1968. Dr. Louis Ignarro‘s life and story are particularly unique, because as he stated while testifying before Congress in 2000, only in America could the son of a carpenter receive the Nobel Prize in medicine. His story truly personifies the American Dream.

NO More Heart Disease: How Nitric Oxide Can Prevent---Even Reverse---Heart Disease and Strokes

Cardiovascular disease, which affects an estimated sixty million Americans, is now our leading cause of death, making heart health a pressing issue for men and women of all ages. The result of more than thirty years of research by Nobel Prize winner Dr. Louis J. Ignarro, No More Heart Disease demonstrates how you can prevent cardiovascular disease and help reverse it - without prescription drugs. In NO More Heart Disease, Dr. Ignarro shares with you his Say Yes to NO regimen for age-proofing your cardiovascular system by enhancing production of this natural wonder drug. Easy to follow without extreme lifestyle adjustments, Say Yes to NO is a three-step plan that involves taking NO-boosting supplements you can find in any health food store, incorporating NO-friendly food into your diet, and following a moderate exercise program.

Nitric oxide (NO) is a gas that transmits signals in an organism. Signal transmission by a gas that is produced by one cell and which penetrates through membranes and regulates the function of another cell represents an entirely new principle for signaling in biological systems. NO is a signal molecule of key importance for the cardiovascular system acting as a regulator of blood pressure and as a gatekeeper of blood flow to different organs. NO also exerts a series of other functions, such as acting a signal molecule in the nervous system and as a weapon against infections. NO is present in most living creatures and made by many different types of cells. NO research has led to new treatments for treating heart as well as lung diseases, shock, and impotence. Scientists are currently testing whether NO can be used to stop the growth of cancerous tumors, since the gas can induce programmed cell death, apoptosis. This book is the first comprehensive text on nitric oxide to cover all aspects--basic biology, chemistry, pathobiology, effects on various disease states, and therapeutic implications. 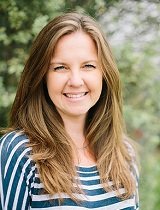