Sally Downham Miller has been an educator for over 25 years, serving as teacher and administrator in the public schools as well as a university professor. Sally Downham Miller worked for the Massachusetts and New Jersey Departments of Education as a specialist in staff development, teacher training, special education, and systems management. She was a faculty member at Regent University in Virginia and at Cleveland State University. She also taught at the City University of New York, while serving as an elementary school principal in New Jersey.

In 1967, as a young widow and mother of two preschool children, Sally Downham Miller returned to college and received her education degree from Purdue University. Her first teaching job was in North Conway, New Hampshire. While on the east coast, Sally pursued graduate studies at the University of Massachusetts and quickly moved into administration. After serving as a Director of Special Education, Sally’s goal–to teach in higher education–led her back to Purdue where she received a Ph.D. in Educational Administration in 1982. Next, she worked in New Jersey’s Department of Education in supervisory training and helped prepare the teacher training project for the state mandated curriculum on the Holocaust. Her work as a school principal followed.

Presently, Dr. Sally Downham Miller devotes most of her time to work in the area of grief, loss and dealing with change. Her teaching, workshops, and consulting endeavors are popular with health care and education organizations, hospice programs, and corporate conferences. She is the author of Mourning and Dancing (HCI, 1999) and Mourning and Dancing for Schools (HCI, August 2000).

Dr. Miller has appeared on NBC News, Court TV, the Montel Williams Show and the Sally Jesse Raphael Show, as well as numerous radio programs. Currently, she is directing a not for profit agency in Lafayette, Indiana that provides grief recovery programs for adults and children. She also leads retreats and speaks in the area of spiritual growth and faith in our daily lives. Sally lives in Indiana and New York City with her husband, pop culture analyst Dr. Will Miller. They have two grown children and three grandsons.

Mourning and Dancing: A Memoir of Grief and Recovery

This moving story is the thirty-year chronicle of a young widow and mother of two small children, who grieved poorly and then finally discovered some truths about recovery and personal healing. It is much more than just a personal statement. It is a book written by a professional, designed to help those coping with any loss - regardless of how many years have passed. If you seek to begin your own journey of healing and recovery, this book is for you. It is also for friends or loved ones whom you wish to gently guide along their own path toward healing and recovery.

Mourning and Dancing for Schools: A Grief and Recovery Sourcebook for Students, Teachers and Parents

Mourning and Dancing for Schools is a book about recognizing the losses our students, teachers and parents experience, and about realizing the effects of grief over time. It is a book about providing a safe place for students to grieve, to understand what is happening to them, and to acquire skills for coping with the changes loss brings. It offers practical approaches and training for doing this critical work. The author's stories of working with schools and students who are grieving take us into the inner sanctum of grief, and provide us with an intimate, up-close glimpse of how this work is done. 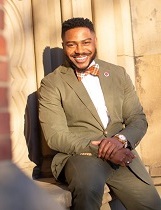