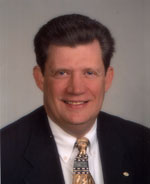 William L. Bainbridge, Ph.D., F.A.C.F.E., currently serves as President and CEO of SchoolMatch, and as a Distinguished Research Professor at The University of Dayton.

SchoolMatch is the nation’s only comprehensive research and information service on public and private schools. SchoolMatch serves over 500 major corporations and hundreds of thousands of families each year. The SchoolMatch “Audit of Educational Effectiveness” has been sponsored in over 1200 school systems nationwide to help establish benchmarks to improve school performance.

Dr. Bainbridge has been qualified as an expert on school evaluation and standards of care by courts in over 30 states. He is the former superintendent of three school districts in Ohio and Virginia, and former Assistant to the Ohio Superintendent of Public Instruction.

Named Educator of the Year by the Ohio PTA, Dr. Bainbridge is a Fellow of the American College of Forensic Examiners and Diplomate of the National Academy for School Executives.

The co-author of the SchoolMatch Guide to Public Schools, published by Prentice-Hall, has written many articles and research documents for publications such as Education Week, Phi Delta KAPPAN, The American School Board Journal, The School Administrator, Education Research Service SPECTRUM, TECHNOS-The Journal of The Agency for Instructional Technology, American Journal of Family Law, School & College, Employee Benefits Journal, The Executive Educator, and many newspapers. Dr. Bainbridge is a regular columnist for The Florida Times-Union and The Columbus Dispatch.

William Bainbridge has been featured on NBC’s Today Show, ABC’s Good Morning America, CNN, FOXNews, NPR, CBS radio and over 400 national and local television and radio programs. He has completed certification programs with The Fisher College of Business at The Ohio State University and The Disney Institute. William Bainbridge earned his Ph.D. at The Ohio State University, and completed post-doctoral studies at Columbia University.