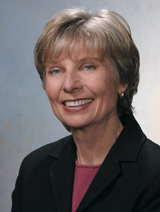 Eleanor Clift is a Washington correspondent for the Daily Beast, an online publication where she covers the White House and writes about politics and culture. She previously worked for Newsweek, where she covered a variety of beats and was a key member of the magazine’s election team. After Newsweek merged with the Daily Beast under the editorial direction of the legendary editor Tina Brown, Clift wrote for both publications. Her cover story about the television show, Mad Men, won acclaim for capturing the era when women were relegated to the secretarial pool. When the Daily Beast sold Newsweek, Clift stayed with the Beast, betting on its digital future as opposed to the rapidly diminishing world of print journalism.

Clift is a panelist on the syndicated talk show, “The McLaughlin Group,” and regularly comments about politics on MSNBC. She has appeared as herself in several movies, including “Dave,” “Independence Day,” “Murder at 1600,” and the CBS show, “Murphy Brown.” She has authorized or co-authored several books, including, “Selecting a President,” “Founding Sisters and the 19th Amendment,” “Two Weeks of Life: A Memoir of Love, Death and Politics,” “Madam President: Blazing the Leadership Trail,” and “War Without Bloodshed: The Art of Politics.”

War Without Bloodshed: The Art of Politics

Welcome to the trenches of political combat. Eleanor Clift, a contributing editor at Newsweek and liberal voice on the "McLaughlin Group," and her husband, Tom Brazaitis, a columnist for The Cleveland Plain Dealer, navigate the converging headwaters of Washington politics to show how the game is and has been played. They target the failed health-care reform initiative of the Clinton Administration as their prime case study, detailing how polling, media, lobbyists and downright bullheaded elected officials derail the process. They also portray eight political professionals in this essential text for politics in the 1990s

Two respected Washington pundits offer a forward-looking history of women in politics -- from envelope-stuffing in the 1960s to the prospect of a woman president in the next decade. A striking aspect of our new century's first election season has been the vitality American women are injecting into the proceedings -- as candidates, strategists, and voters. In the 1990s, their influence redefined the nature of politics. Bill Clinton won his elections largely on the strength of women's votes, and Senator Bob Packwood was compelled to resign in the face of women's outrage over his sexual misconduct. So how did we get here? From journalists Eleanor Clift and Tom Brazaitis comes a story of passion, determination, and triumph. They chronicle women's remarkable progress -- from their coffee-fetching days to their ability to make or break candidates in the new millennium -- in chapters such as "A Call to Arms" and "The Rules for Women." From there, the authors examine today's prospects and look ahead in "The Governor Gap," "Hurrying History," and "Women in Waiting," identifying those most likely to have an impact on the future. Highlighting all the key players, from Elizabeth Dole and Dianne Feinstein to Hillary Clinton and Christine Todd Whitman, the book also introduces up-and-comers with superstar potential. And in the prescient "Coda: A How-to for Women," Clift and Brazaitis provide twelve essential tips for women seeking higher office. Certain to spark controversy, Madam President is an unrivaled look at the new political world.

Founding Sisters and the Nineteenth Amendment (Turning Points in History)

After seventy-two arduous years, the fate of the suffrage movement and its masterwork, the Nineteenth Amendment, rested not only on one state, Tennessee, but on the shoulders of a single man: twenty-four-year-old legislator Harry Burn. Burn had previously voted with the antisuffrage forces. If he did so again, the vote would be tied and the amendment would fall one state short of the thirty-six necessary for ratification. At the last minute, though, Harry Burn’s mother convinced him to vote in favor of the suffragist, and American history was forever changed. In this riveting account, political analyst Eleanor Clift chronicles the many thrilling twists and turns of the suffrage struggle and shows how the issues and arguments that surrounded the movement still reverberate today. Beginning with the Seneca Falls Woman's Rights Convention of 1848, Clift introduces the movement’s leaders, recounts the marches and demonstrations, and profiles the opposition-antisuffragists, both men and women, who would do anything to stop women from getting the vote.

Two Weeks of Life: A Memoir of Love, Death, and Politics

In this elegant, heartrending account of the final choices we make, journalist Clift (Founding Sisters) juxtaposes the death of two people, one close to her and the other a national cause célèbre. Clift's husband of 20 years, Tom Brazaitis, also a journalist, was diagnosed with metastatic kidney cancer in 1999, and after undergoing various debilitating treatments, by March 2005 he lay dying in his home hospice. Meanwhile, the fate of Terri Schiavo, a woman in a permanent vegetative state in a Florida hospice, hung in the balance, decided by courts and President Bush himself. Shiavo's husband and parents were battling over the decision to cease feeding her by tube, and their family custody case turned into a crusade led by vociferous fundamentalist Christians. In diary format, Clift recounts the history of Tom's illness and their relationship while weaving in references to the Shiavo case and touching knowledgeably on the history of the hospice movement. The two main narratives work surprisingly well together, the tenderness and pathos of the first serving to illuminate the complex moral issues of the second, and visa versa. The result is a moving portrait.

The debut of a brand-new civics series for high school seniors and college freshmen, that clearly, concisely and cleverly explains how the United States elects its president Selecting a President explains the nuts and bolts of our presidential electoral system while drawing on rich historical anecdotes from past campaigns. Among the world's many democracies, U.S. presidential elections are unique, where presidential contenders embark on a grueling, spectacular two-year journey that begins in Iowa and New Hampshire, and ends at 1600 Pennsylvania Avenue. Modern presidential campaigns are a marked departure from the process envisioned by America's founders. Yet while they've evolved, many of the basic structures of our original electoral system remain in place-even as presidential elections have moved into the modern era with tools like Twitter and Facebook at their disposal-they must still compete in an election governed by rules and mechanisms conceived in the late eighteenth century. In this book, Clift and Spieler demonstrate that presidential campaigns are exciting, hugely important, disillusioning at times but also inspiring.