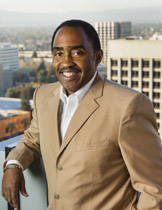 Before this, Emmett had a distinguished 12-year career as CEO of The Minneapolis Foundation and, prior to that, oversaw the Ford Foundation’s U.S. and global grantmaking program on philanthropy and the nonprofit sector. Emmett has published more than 100 works on philanthropy and is an authority on issues of social justice, public accountability and African American giving. He is consistently recognized as one of the most influential nonprofit leaders in the U.S. and has honorary degrees from Indiana University, Morehouse College and The National Hispanic University. Emmett received both his master’s and Ph.D. degrees in public and international affairs from Princeton University and his bachelor’s degree in economics, Phi Beta Kappa, from Morehouse College.