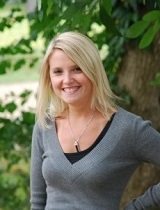 A Voice for the Voiceless
Author, Activist, Speaker, wife, mother, and force behind Erin’s Law

After suffering years of sexual abuse for six years of her childhood Erin broke her silence when she was 13 at a Children’s Advocacy Center. The place Erin reclaimed her voice and began her journey to healing. Erin has spoken at over 60 CAC’s.

In 2008 she began writing legislators to require personal body safety be taught to kids in school. This decision has brought her on a crusade across America to pass what is known as Erin’s Law. Erin’s Law is the first US child sexual abuse prevention education law requiring children be educated in schools. Erin has been traveling state to state testifying to lawmakers to pass Erin’s law for 7 years. It is currently passed in 35 states as of June 2018. In December 2015 President Obama signed the federal version of Erin’s Law providing federal funding for schools to use. Release of those funds is still pending.

She earned her masters degree in Social Work and has written three books, Stolen Innocence, Living for Today, and An Unimaginable Act. She is currently writing a 4th book.

By sharing her personal journey through the pain she has suffered at the hands of her perpetrators, author Erin Merryn proves that one person can make a difference in the lives of others. Simply by speaking out and bringing the subject of child sexual abuse to the forefront, she has created a wave of change―change not only in legislature, but also in the hearts of those around her and the world.

Living for Today: From Incest and Molestation to Fearlessness and Forgiveness

Fans of Erin Merryn's heart-wrenching debut memoir Stolen Innocence were left wondering what would become of an emotionally fragile Erin after her confrontation with the reality and repercussions of being a child of incest and molestation. In Living for Today, Erin chronicles how she cultivated the strength to face her abuser and eventually found relief from years of emotional restlessness, while also igniting the beginnings of a new fearless journey. Living for Today chronicles that journey, which began with the unearthing of private shame, releasing of ugly memories, letting go of guilt, and becoming the mouthpiece of millions of her generation.

Stolen Innocence: Triumphing Over a Childhood Broken by Abuse: A Memoir

Eleven-year-old Erin Merryn's life was transformed on the night she was sexually abused by her cousin, someone she loved and trusted. As the abuse continued, and as she was forced to see her abuser over and over again in social situations, she struggled with self-doubt, panic attacks, nightmares and the weight of whether or not to tell her terrible secret. It wasn't until a traumatic series of events showed her the cost of silence that she chose to speak out-in the process destroying both her family and the last of her innocence.