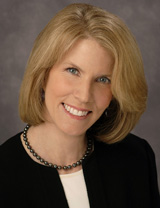 Erin Moriarty has been a correspondent for “48 Hours” since 1990. She has covered the death of Princess Diana, the JonBenet Ramsey investigation, the murder of financier Edmund Safra, and the war in Iraq. Before that, Erin Moriarty was the consumer correspondent for “CBS This Morning” (1986-90) and the “CBS Evening News with Dan Rather” in 1990.

Drawing on her training as an attorney, Moriarty has examined some of the most important social and legal issues of the day, including DNA testing of evidence in death-row cases, the abortion controversy and battered women’s syndrome. She covered the Oklahoma City bombing, the Columbine High School shootings and the 9/11 investigation, overseas. Her exclusive behind-the-scenes report on the defense of convicted Oklahoma City bomber Timothy McVeigh was broadcast on “60 Minutes” in 1997.

Erin Moriarty has received numerous honors, including nine national Emmy Awards, a 2001 Overseas Press Club Award for her work on “48 Hours” and two Association of Women in Radio and Television Gracie Allen Awards for the weekly talk show that she co-hosted with Nancy Giles on WPHT Radio in Philadelphia (2003-04). In both 2000 and 2003, she was honored with the Top 100 Award from Irish America magazine. In 1988, Moriarty received the Outstanding Consumer Media Service Award presented by the Consumer Federation of America for “her many contributions of both local and national significance as a consumer reporter.”

Erin Moriarty was born in Cincinnati, Ohio and raised in Columbus, Ohio. She was graduated from Ohio State University, Phi Beta Kappa, with a degree in behavioral sciences and received a law degree from the university in 1977. Moriarty is licensed to practice law in Ohio and Maryland.

Death of a Dream (48 Hours Mystery)

A BEAUTIFUL GIRL WITH AMBITIOUS DREAMS -- DID FOLLOWING HER HEART COST HER LIFE? Award-winning journalists from TV's 48 Hours Mystery go inside the case that shocked even jaded New Yorkers: the murder of aspiring dancer Catherine Woods. She was a gifted midwestern beauty, the daughter of Ohio State University's marching band director: to dance on Broadway. Soon after high school graduation, Catherine left Columbus for New York City, determined to be a star. Three years later, she was dead -- murdered in cold blood in her East Side apartment. The shocking revelations that emerged from the police investigation made tabloid headlines: few knew that the struggling artist paid her bills by dancing in a topless club. But there was another hidden facet to Catherine's life -- a shattering love triangle with two men, one of whom would ultimately be convicted of her brutal stabbing death. It's a chilling account of obsession, violence, and the surprising, minute evidence on which the entire case hinged. For a talented young woman reaching for the top, and the heartbroken family she left behind, it is truly the death of a dream.