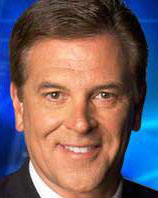 Fred McLeod joined FSN Ohio in as the play-by-play voice of the Cleveland Cavaliers in 2007. Prior to joining FSN Ohio, Fred McLeod served 22 consecutive seasons as the Pistons cable TV play-by-play voice, nine with FSN Detroit. His 22 years is the longest tenure of a TV-only announcer with the same NBA team. Fred McLeod began his work on Pistons games in 1984 with PASS Sports.

Fred McLeod began his professional career in 1974 at KQTV in St. Joseph, Mo. and later at WSTV in Steubenville, Ohio, WJKW-TV in Cleveland and KPIX-TV in San Francisco. He is a graduate of Pointe Park College in Pittsburgh, where he pitched in the NAIA College World Series.