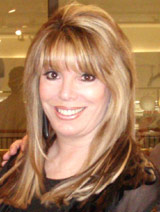 After 33 years in the boxing world as publicist and then manager, Jackie Kallen has been dubbed The First Lady of Boxing.

Having managed six champions, Jackie Kallen was twice nominated as Manager of the Year. Jackie Kallen was recently awarded the prestigious Aileen Eaton Award for Lifetime Achievement from the Michigan Jewish Sports Hall of Fame. Her life story inspired the Paramount film Against the Ropes starring Meg Ryan. Jackie Kallen was Associate Producer of the film and made a cameo appearance.

A former journalist, TV host and radio personality in her native Detroit, Kallen is a successful motivational speaker who travels the country addressing conventions, women’s health groups and college audiences. She is the author of Hit Me With Your Best Shot. She was the Den Mother on the first season of The Contender on NBC with Sylvester Stallone and Sugar Ray Leonard. She talks about women entering a man’s world, juggling a family with a career, how to tackle women’s health issues and the many ways to deal with aging.

Now living in Los Angeles, she is very active in charities that deal with battered and abused women and the homeless. Jackie Kallen has been named Youth Sports Coordinator for the LA County Sheriff Department. She goes around to various areas where there are kids-at-risk and sets up boxing gyms. She also goes to schools and churches, speaking to kids and urging them to quit the gangs and go to the gym. She also produces boxing events for various charities around the country to raise money and awareness.

Jackie Kallen is currently writing her second book and is co-producing a boxing film with Sugar Ray Leonard.
A mother of two sons and grandmother of three, Kallen was one of the first females to succeed in the male-dominated world of professional boxing. She served as commissioner of the International Female Boxing Association, mentors many young women hoping to work in the boxing industry, and has won numerous awards and honors. She is a role model to people everywhere who wish to beat the odds and achieve success.

Hit Me With Your Best Shot: A Fight Plan for Dealing With All of Life's Hard Knocks

Who better than Jackie Kallen to tell you how to fight the good fight and come out on top? Not only has she risen to become the most successful female boxing manager ever, she's done so in the ultimate male-dominated field. In Hit Me With Your Best Shot, Jackie shares her secrets to leading a successful life and competing in a man's world with warmth, savvy, and street smarts. Whether your battles are in the bedroom or the boardroom, she gives you the tools to deliver a knockout punch! With a no-nonsense approach and the heart she looks for in her fighters, Jackie will motivate and inspire you. She's the supreme personal trainer.

Between the Ropes: The Real Life Story of a Journalist Turned Legendary Boxing Manager

Between the Ropes is dinner with the Rolling Stones, a party with the Beatles, an evening meeting with Elvis--these are just some of the adventures that Jackie Kallen experienced as a journalist for a daily newspaper. This career led her to one as a publicist, then a stint as a TV interviewer, a radio host, and eventually a boxing manager. Despite facing a number of obstacles and hardships, Jackie's positive attitude and optimistic outlook kept her upbeat and strong throughout it all. Between the Lines is Jackie's true story as told by "The First Lady of Boxing" herself.