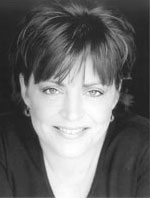 Kathleen Madigan is one of the most popular headliners in the country. An American Comedy Award winner as best female stand-up, her accessible and unpretentious style has earned her a devoted and growing following.

Unlike any other female comedian working today, Kathleen Madiganresonates with a broad base of fans from coast to coast. She packs theaters from Nevada to North Carolina and everywhere in between.