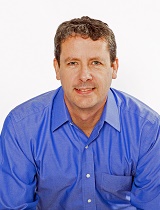 In pursuit of the American dream, Kevin Kruse started his first company when he was just 22 years old. He worked around the clock, literally living out of his one-room office and showering each day at the YMCA, before giving up a year later deeply in debt. But after discovering the power of Wholehearted Leadership and Employee Engagement Kevin went on to build and sell several, multimillion dollar technology companies, winning both Inc 500 and Best Place to Work awards along the way.

Kevin is also the author of several books including the NY Times bestseller, “We: How to Increase Performance and Profits Through Full Engagement,” which was named one of the top leadership books in 2011 by 800-CEO-Read. He is a Forbes Leadership columnist and was named to the Top 100 Business Thought Leaders list by Trust Across America.

Kevin’s mission is to convince everyone that wholehearted leadership for employee engagement is the key to unlocking both dramatic business results and to better health and relationships for individuals.

Based on his own experience as a CEO, and on the results of surveys of over 10 million people in 150 countries, Kevin reveals how growth, recognition and trust are the key drivers that turn average groups into high performing teams. He shares specific tactics to:
• Unlock emotional commitment
• Activate discretionary effort
• Generate future confidence and clarity to combat the effects of change

Kevin has traveled the globe as a keynote speaker on leadership, human capital and entrepreneurship. He is consistently rated among the top keynote speakers at events he attends.

Kevin also finds time to give back to communities worldwide through the Kevin Kruse Foundation, which has supported The US Naval War College, Wreaths Across America, The Library Project, The Acumen Fund, Senior Adults for Greater Education and the Bucks County Health Improvement Partnership.

Kevin currently leads a non-profit, invests as an angel at Delaware Crossing, is co-owner of Team Capital Bank and builds libraries in Asia with The Library Project. Kevin lives with his three children in Bucks County, Pennsylvania.

Employee Engagement 2.0: How to Motivate Your Team for High Performance (A Real-World Guide for Busy Managers)

This isn't just another ivory tower book on leadership. Employee Engagement 2.0 is the result of both massive research and real-world experience. The author, Kevin Kruse, is a former Best Place to Work winner, serial entrepreneur, and NY Times bestselling author. He has advised dozens of organizations, from Fortune 500 companies like SAP, to startups and non-profits, and even to the US Marines.

Text Me! Snap Me! Ask Me Anything!: How Entrepreneurs, Consultants And Artists Can Use The Power Of Intimate Attention To Build Their Brand, Grow Their Business And Change The World

Build Your Personal Brand and a Massive Following in an Hour a Day! Do you want to BUILD YOUR PERSONAL BRAND as a coach, consultant, author, creative artist, small business owner or entrepreneur? Based on his own success as an Inc 500 entrepreneur and New York Times bestselling author and global speaker, Kevin Kruse reveals how...

Double Your Productivity Without Feeling Overworked and Overwhelmed.
What if a few new habits could dramatically increase your productivity, and even 5x or 10x it in key areas? What if you could get an an hour a day to read, exercise, or to spend with your family.

Employee Engagement for Everyone: 4 Keys to Happiness and Fulfillment at Work

Employee Engagement For Everyone is your key to unlocking happiness and engagement at work.

Packed with empowering exercises, surprising research and practical action items, you will discover:
* The 4 drivers of happiness and engagement
* Your own personal engagement style
* 60+ specific actions you can take to drive your own engagement and the engagement of others
* How to deal with "Debbie Downer" at work
* The power of "5 Daily Engagement Questions"

We: How to Increase Performance and Profits through Full Engagement

What if every single employee-every single one-worked in their dream job, utilized their best talents, worked with an inspirational leader and was fully engaged in their role? For companies, this scenario leads to breakthroughs in productivity, customer service, profitability, and shareholder value. For individuals, it means better health, stronger relationships with family and friends, and greater happiness. We sketches the landscape of today's changing job environment and gives managers and individual employees alike a road map to full engagement. Achieve breakthrough results for yourself and your organization with the power of full engagement from We.