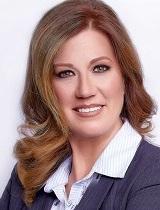 TOOLS TO NAVIGATE THE COMBAT ZONES OF BUSINESS & LIFE

Can a woman that walked a runway in 4-inch heels as Miss California command an aircraft in combat? You bet!

Lieutenant Colonel Patricia Murray has been speaking to audiences of all ages for more than 25 years about how the most ordinary ideas can be extraordinary successes. She has often been told how “lucky” she has been in her life to have achieved so much. But once you listen to her speak, you will learn that the secret to her success is simply turning life’s normal rejections and failures to her advantage and seizing opportunities when they appear.

Patricia is an expert on leadership in high-stress and dynamic situations, breaking the glass ceiling and developing positive, harmonious relationships between men and women in the workplace, and finding a way to win the race of life when the world is convinced you are the underdog.

An engineer by trade, Patricia used her scholarship earned as Miss California 1992 to pursue a career in commercial aviation. She was recruited by the California Air National Guard and was awarded the top honor of the Commanders Trophy at military pilot training graduation. She was inducted into the prestigious Order of Daedalians, a WWI flying organization, where she is a Director. She is also a Director on the Disabled Veterans Charities board, which awards hundreds of thousands of dollars to disabled veterans in need annually.

Patricia retired after a 21-year military career as a Lieutenant Colonel and Instructor Pilot for the California Air National Guard in the 115th Airlift Squadron. She flew six tours of duty in the Middle East and has been awarded five flying Air Medals. She was named the 2010 California Air National Guard Field Grade Officer of the Year and has earned her Master’s of Science in Military Science and Operational Art. She has flown 23 years as a pilot for American Airlines and resides with her husband Andrew and three daughters in Cody, WY.