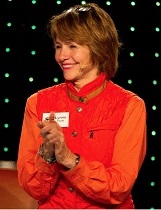 Lynne Twist is the founder of the Soul of Money Institute and author of the best-selling, award-winning book “The Soul of Money: Transforming Your Relationship with Money and Life.”

Over the past 40 years Lynne has worked with over 100,000 people in 50 countries in the arenas of fundraising with integrity, conscious philanthropy, strategic visioning and having a healthy relationship with money. Her clients include: Microsoft, Proctor & Gamble, the International Unity Church, Charles Schwab, United Way, The National Black theater of Harlem, Harvard University and others.

A sought-after speaker, she has presented for the United Nations Beijing Women’s Conference, State of the World Forum, Synthesis Dialogues with His Holiness the Dalai
Lama and the Governor’s Conference on California Women, among others.

A recognized global visionary, Ms. Twist has been an advisor to the Desmond Tutu Foundation, and The Nobel Women’s Initiative. Lynne is the recipient of numerous prestigious honors, including the “Woman of Distinction” award from the United Nations.

Lynne is a co-founder of The Pachamama Alliance — a nonprofit organization whose mission is to empower indigenous people of the Amazon rainforest to preserve their lands and culture. In addition, Lynne serves on a number of nonprofit boards including the Fetzer Institute, The Institute of Noetic Sciences, Bioneers, Conscious Capitalism and Women’s Earth Alliance.

From working with Mother Teresa in Calcutta to the refugee camps in Ethiopia and the threatened rainforests of the Amazon, Lynne’s on-the-ground work has brought her a deep understanding of the social tapestry of the world and the historical landscape of the times we are living in.

The Soul of Money: Transforming Your Relationship with Money and Life

A wise and inspiring exploration of the connection between money and leading a fulfilling life. This compelling and fundamentally liberating book shows us that examining our attitudes toward money—earning it, spending it, and giving it away—can offer surprising insight into our lives, our values, and the essence of prosperity. Lynne Twist is a global activist and fund-raiser who has raised more than $150 million in individual contributions for charitable causes. Through personal stories and practical advice, she demonstrates how we can replace feelings of scarcity, guilt, and burden with experiences of sufficiency, freedom, and purpose. She shares from her own life, a journey illuminated by remarkable encounters with the richest and poorest people on earth, from the famous (Mother Teresa and the Dalai Lama) to the anonymous but unforgettable heroes of everyday life.

The Soul of Money: Reclaiming the Wealth of Our Inner Resources

This unique and fundamentally liberating book shows us that examining our attitudes toward money—earning it, spending it, and giving it away—can offer surprising insight into our lives, our values, and the essence of prosperity.

Unleashing the Soul of Money [AUDIOBOOK]

Imagine feeling completely at peace about your money—whether you're earning it, spending it, saving it, or using it to help others. On Unleashing the Soul of Money, world-renowned fund-raiser and "money mentor" Lynne Twist shares from her thirty years of global research into happiness and money to reveal a surprising truth: that the size of your paycheck has little to do with fulfillment—and everything to do with getting your money aligned with your deepest commitments, values, and desires. In this workshop, listeners uncover the insights about their own relationship with money, and learn how make the transformation to a life of sufficiency, contentment, and benefit to others in the world.