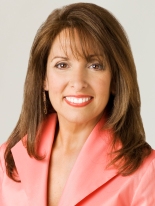 Marci Shimoff is the author of the new instant runaway bestseller, Happy for No Reason: 7 Steps to Being Happy from the Inside Out, which offers a revolutionary approach to experiencing deep and lasting happiness. It has immediately soared to #1 on many national bestseller lists including Amazon and Barnes and Noble.com, and has debuted at #2 on The New York Times and the Wall Street Journal bestseller lists.
Marci Shimoff is also the woman’s face of the biggest self-help book phenomenon in history, Chicken Soup for the Soul. Her six bestselling titles in the series, including Chicken Soup for the Woman’s Soul and Chicken Soup for the Mother’s Soul, have met with stunning success, selling more than 13 million copies worldwide in 33 languages and have been on the New York Times bestseller list for a total of 108 weeks. Marci Shimoff is one of the bestselling female nonfiction authors of all time. In addition, she’s a featured teacher in the international film and book sensation, The Secret.

A celebrated transformational leader and one of the nation’s leading experts on happiness, success, and the law of attraction, Marci Shimoff has inspired millions of people around the world, sharing her breakthrough methods for personal fulfillment and professional success. President and co-founder of the Esteem Group, she delivers keynote addresses and seminars on self-esteem, self-empowerment, and peak performance to corporations, professional and non-profit organizations, and women’s associations. Marci Shimoff has been a top-rated trainer for numerous Fortune 500 companies, including AT&T, General Motors, Sears, Kaiser Permanente, and Bristol-Myers Squibb.

As an acclaimed authority on success and happiness, Marci Shimoff is often approached by media for her insights and advice. She has been on more than 500 national and regional television and radio shows and has been interviewed for over 100 newspaper articles nationwide. Marci Shimoff‘s writing has appeared in national women’s magazines, including Ladies Home Journal and Woman’s World.

Marci Shimoff earned her MBA from UCLA and holds an advanced certificate as a stress management consultant. She is a founding member and on the board of directors of the Transformational Leadership Council, a group of 100 top leaders serving over ten million people in the self-development market.

Through her books and her presentations, Marci Shimoff‘s message has touched the hearts and rekindled the spirits of millions of people throughout the world. She is dedicated to fulfilling her life’s purpose of helping people live more empowered and joy-filled lives.

Chicken Soup for the Woman's Soul

There are many ways to define a woman: daughter, mother, wife, professional, friend, student... We are each special and unique, yet we share a common connection. What bonds all women are our mutual experiences of loving and learning: feeling the tenderness of love; forging lifelong friendships; pursuing a chosen career; giving birth to new life; juggling the responsibilities of job and family, and more. This shining collection brings you inspiration and comfort in special chapters on marriage, motherhood, aging, bridging the generations, attitude, self-esteem and higher wisdom. Stories honor the strength and reveal the beauty of the feminine spirit.

Happy for No Reason: 7 Steps to Being Happy from the Inside Out

The co-author of Chicken Soup for the Woman's Soul outlines a practical and holistic program for finding and maintaining personal happiness, identifying seven key concepts for achieving inner peace and overall well-being.

Chicken Soup for the Mother's Soul

We can all remember a time when we were young and under-the-weather, and Mom soothed and nurtured us back to health with her magical chicken soup elixir. Now we can revisit those cherished moments with a delightful batch of stories for and about mothers. Celebrity contributions include Barbara Bush, Reba McEntire, Erma Bombeck and Montel Williams.