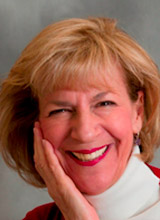 Maryln Appelbaum has written more than thirty “how to” books geared exclusively to teachers and parents. Maryln Appelbaum is especially known for her books, Do It Right, A Positive Guide For Discipline, and How To Talk To Kids So They Listen. Her books, videos, posters, and audio tapes are used throughout the United States, as well as in Canada and South America.

Maryln Appelbaum received White House Clearance in 1989 as a leading contender for the position of Director of the United States Office of Child Care Services.

This user-friendly guide offers strategies and how-to's for implementing RTI in classrooms and schoolwide, providing team-building techniques, academic and behavioral interventions, and more.

How to Talk to Kids so They Will Listen

Do you ever feel like children just aren't listening to a word you say? This book gives you the specific strategies you need to talk so that they will listen. You will learn the best way to get through to children so they hear you and listen. (Geared for toddlers through teens and works for adults too) * Approved for 5 clock hours of training in many states. The following is a list of states that recognize this self study course as of January 2008. AL, AR, AZ, CO, CT, FL, IN, KS, ME, MN, MS, NE, NJ, NV, OK, OR, PA, TN, TX, VA, WI, AND VA. Those fulfilling their CDA requirements may use this self-study.

How to Handle the Hard-to-Handle Student, K-5

The author helps teachers promote students' ability to handle emotions, regulate their own behavior, and learn in ways that meet their needs and those of the class. Reviews: "The most comprehensive resource I have found for providing teachers with a succinct description of what to expect from hard-to-handle students. This is a reference that should be at every teacher's fingertips." (Leslie Standerfer, Principal ) "Essential for teachers and parents of all curricular and age levels. The topics covered are those that are often overlooked and/or misunderstood." (Angela Clinton, Teacher ) "Maryln Appelbaum is one of the most influential and helpful educators I know. This is a wonderful and insightful book for all educators who work with and care about children." (Richard L. Curwin, Author )