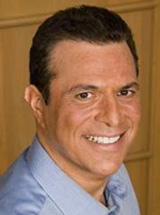 Newsweek has called Beschloss “the nation’s leading presidential historian.” He is the NBC News Presidential Historian, the first time any major network has created such a position,and appears regularly on Meet the Press, Today, and all NBC network programs. He is a regular commentator on PBS NewsHour. In 2005, he won an Emmy for his role in creating the Discovery Channel series Decisions that Shook the World, of which he was the host.

Beschloss was born in Chicago. An alumnus of Williams College, he also has an advanced degree from the Harvard Business School. He has been an historian on the staff of the Smithsonian Institution (1982-1986), a senior associate member at Oxford University in England (1986-1987) and a senior fellow of the Annenberg Foundation in Washington, D.C. (1988-1996).

Beschloss’ first book, “Kennedy and Roosevelt: The Uneasy Alliance” (Norton, 1980), started as his senior honors thesis at Williams College. “Mayday: Eisenhower, Khrushchev and the U-2 Affair” (Harper, 1986), was called “a grand narrative…crowded with well-drawn portraits” by The New Yorker. “The Crisis Years: Kennedy and Khrushchev, 1960-1963” (HarperCollins, 1991), won the Ambassador Book Prize and was called by The New Yorker the “definitive” history of John Kennedy and the Cold War. Beschloss also co-wrote “At the Highest Levels: The Inside Story of the End of the Cold War” (Little, Brown, 1993) with Strobe Talbott. As literary executor for the late Newsweek columnist Meg Greenfield, he edited Greenfield’s posthumously published book Washington (PublicAffairs, 2001).

Beschloss holds honorary doctorates from Williams College, St. Mary’s College (Maryland) and Lafayette College. He has also received the State of Illinois’s Order of Lincoln and the Harry S. Truman Public Service Award from Independence, Missouri. He is a trustee of the White House Historical Association, the National Archives Foundation and the University of Virginia’s Miller Center of Public Affairs. He lives in Washington, D.C., with his wife and their two sons.

Presidential Courage: Brave Leaders and How They Changed America 1789-1989

Michael Beschloss has brought us a brilliantly readable and inspiring saga about crucial times in America's history when a courageous President dramatically changed the future of the United States. With surprising new sources and a dazzling command of history and human character, Beschloss brings to life these flawed, complex men -- and their wives, families, friends and foes. Never have we had a more intimate, behind-the-scenes view of Presidents coping with the supreme dilemmas of their lives.

Lyndon Johnson's secretly recorded tapes offer us the only chance we are ever likely to have to eavesdrop on an American President from his first moments in office until the end. This universally acclaimed volume captures LBJ's private passions and bedrock beliefs as he takes command after John Kennedy's assassination; makes his first fateful decisions on civil rights, poverty, and Vietnam; and runs against Barry Goldwater for President. Michael Beschloss's observations and annotations enhance our understanding of Johnson, his era, and his lasting impact on American politics and culture.

The Conquerors: Roosevelt, Truman and the Destruction of Hitler's Germany, 1941-1945

From one of America's most respected historians, The Conquerors reveals one of the most important stories of World War II. As Allied soldiers fought the Nazis, Franklin Roosevelt and, later, Harry Truman fought in private with Churchill and Stalin over how to ensure that Germany could never threaten the world again.