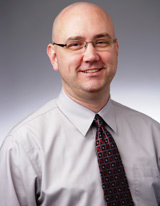 Michael Kelley was dropped on his head as a young child. Some would argue that this is the primary reason he developed and nurtured a love for mathematics. For two decades, he prided himself on his ability to communicate complex mathematical concepts to students, including a seven-year tenure as a high school mathematics teacher. To date, he has sold over 550,000 copies of his 13 books, many of them on the subjects of mathematics and education. His titles include The Complete Idiot’s Guide to Calculus, The Humongous Book of Algebra Problems, and Rookie Teaching for Dummies.

Only recently Kelley discovered that the afore-mentioned head injury literally rewired his brain as an infant, intertwining his logic and language centers and making him uniquely qualified to explain mathematics to others. As it turns out, he wasn’t really talented, he was just brain-damaged. Getting dropped on his head was the best thing that ever happened to him.

In addition to teaching, Kelley has worked as a Director of Teacher Certification, an Institutional Technologist, the Director of a national training center for the U.S. Department of Transportation, and an Instructional Designer for an collection of international colleges and universities. He lives in Maryland with his wife, son, and twin daughters.