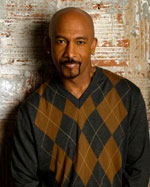 In a field in which more than 80 talk shows have come and gone since its debut, THE MONTEL WILLIAMS SHOW has established itself as an enduring brand built on quality and integrity and has been nominated for multiple Daytime Emmy awards. Entertaining, informative and relatable, the show’s longevity is a testament to Montel Williams’ sincerity and compassion, in addition to his willingness to tackle complex issues head on. The show provides a safe forum for provocative and meaningful discussions about family, communication, and personal and social responsibility. Montel Williams’ concern for the welfare of his guests inspired the show’s After-Care Program, which began in 1992 and has since arranged for hundreds of people to attend psychological counseling sessions, weight-loss and eating disorder programs, and drug rehabilitation centers after they appear on the show.

Montel Williams’ unique place in the television landscape has made him a welcome presence beyond the studio. For example, he has conducted interviews in federal prisons and has been on the scene of recent American tragedies such as Ground Zero after 9/11 and throughout the Gulf Coast after hurricane Katrina, where he and executives from FUBU distributed $1 million dollars worth of clothing throughout the ravaged area.

In addition to his daily talk show, Montel Williams has appeared in several high-profile projects. In January 2006, Montel Williams became the national spokesman for The Partnership for Prescription Assistance (PPA), a patient assistance clearinghouse program which has matched more than 1.2 million Americans to public and private patient assistance programs providing them with free or nearly free medicines.

Montel Williams enjoys acting and performs whenever his schedule permits. Over the past few years, viewers may have seen him on hit television programs including, “All My Children,” “American Dreams” and “JAG.” He is very proud of his appearance off-Broadway in “The Exonerated” which tells the true stories of six innocent survivors on death row. In 2003, he performed in a special version of the play with Aidan Quinn and Mia Farrow in front of 900 lawyers at the American Bar Association’s annual meeting.

Montel Williams is also an accomplished author who has published six books to date. His New York Times best-selling autobiography, Climbing Higher, was published in January 2004 and details his struggle with Multiple Sclerosis. When he was diagnosed with MS in 1999, Montel Williams made a pledge to use his celebrity to find a cure. True to his word, he established The Montel Williams MS Foundation in 2000 to further the scientific study of MS, provide financial assistance to select organizations and institutions conducting research, raise national awareness, and educate the public. In a short time, the organization has reached several milestones including granting over $1 million dollars to research.

Montel Williams began his professional career in the U.S. Marine Corps in 1974 when he enlisted in his hometown of Baltimore after graduating high school. After six months, he was meritoriously promoted twice, and in 1975, became the first black Marine selected to the Naval Academy Prep School who then went on to graduate from the Naval Academy.

Upon graduation from Prep School, Montel Williams received a presidential appointment to the United States Naval Academy in Annapolis, Md., where he studied Mandarin Chinese, and graduated with a degree in General Engineering and a minor in International Security Affairs. He was then selected as special duty intelligence officer, specializing in cryptology.

Montel Williams has four children, ages 11 through 22, and resides in New York City. He is an avid snowboarder, who finds the sport challenging and therapeutic, relieving him of some of the neuralgic pain in his legs. In addition to being an accomplished talk-show host, he is also the owner of several successful Fatburger restaurants in Colorado. Voted Franchisee of the Year three years in a row, Montel Williams is committed to excellence in everything he does.

In 1999, after almost twenty years of mysterious symptoms that he tried to ignore, Montel Williams, a decorated former Naval intelligence officer and Emmy Award-winning talk show host, was finally diagnosed with multiple sclerosis. Like others suffering from the devastating and often disabling disease, which attacks the central nervous system, Montel was first struck with denial, fear, depression, and anger. Next came the emotional trial of informing friends and family, and finally going public with the news. What followed was a fierce determination not to be beaten down by MS, and to live the most vital and productive life possible while becoming a dedicated spokesperson and fundraiser for the disease.

Living Well: 21 Days to Transform Your Life, Supercharge Your Health, and Feel Spectacular

Montel imparts his personal recipe for healthy and happy living. He also shares his 21-Day Living Well Food and Workout Program-a hard-hitting, three-phased health plan for fast, fit results. For anyone who wants to fight chronic diseases like diabetes, cancer, and cardiovascular disease, and neurological diseases like multiple sclerosis-or just wants to feel spectacular in their daily life, it's time for a push to the next level.