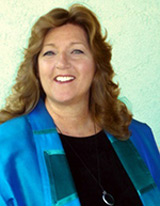 Nancy Thomas, the Mother of three birth children, two adopted children, one child being raised as legal guardians, and grandmother of seven, has been a Therapeutic Parenting Specialist since 1985. Nancy Thomas was a Professional Therapeutic Parent for The Youth Behavior Program from 1985 to 1995. Nancy Thomas has worked as co-therapist with children in intensive attachment therapy with eight of the leading Attachment Therapist, Psychiatrists and Psychologists in the country. Nancy Thomas worked for over 2000 hours as a secondary lay-therapist. These children, among other things, have had symptoms of being borderline psychotic, ritualistically abused, abusive to animals, mood disordered, Reactive Attachment Disorder, Asperger’s, ADD, ADHD, Tourette Syndrome, Bipolar disorder and some with histories of homicide and arson.

Honored to train with and work along side, Nancy Thomas learned from many renowned experts in the attachment field including, Lloyd Boggs, MSW, Neil Feinberg, MSW, Bill Gobel, Ph.D., Deborah Hage, MSW, Daniel Hughes, Ph.D, and Mike Orlans, MSW. She trained and worked for ten years with Foster Cline, M.D., psychiatrist, author and founder of the Love & Logic program, who has praised Nancy Thomas‘s work highly. Dr. Cline said of Nancy, “She has been acclaimed by national as well as local audiences. She has taught both professionals and front line workers. I am sure that almost any organization would benefit greatly by having Nancy Thomas in almost any position that requires her wit, intelligence, sense of humor, charm and people skills.”

Nancy Thomas and her family live in the high mountains of Western Colorado in a home centered around healing the hearts of children. Nancy and her husband, Jerry, have shared their life and home for over 30 years with severely emotionally disturbed children with attachment problems. Ninety percent of the children placed in her care are kids who had killed. She has an eighty-five percent success rate with these high risk children which is one of the highest in the country. She specializes in bonding and conscience development.

Based on her years of hands on experience and high success rate Nancy has authored a parenting guide, entitled When Love is Not Enough: A Guide to Parenting Children with Reactive Attachment Disorder, which has been well received by parents and professionals. Recognized internationally as one of the leading authorities on parenting emotionally disturbed children, Nancy was asked to join several esteemed attachment professionals in co-authoring The Handbook of Attachment Interventions, published internationally in 1999 by Academic Press. She has written and produced five training videos that have helped thousands of parents that have children that have broken hearts and wounded minds. They are: Rebuilding the Broke Bond, Building Brilliant Brains through Bonding, Captive in the Classroom, Give me a Break and The Circle of Support.

The Glenwood Post honored Nancy on April 12, 1997 in a front page article entitled: Using Love, Woman Opens Heart To Children Of All Types. The article said: “Imagine the most badly behaved children in existence –children completely beyond control. What to most of us would be an abject nightmare is no more than just a challenging way of life for Nancy Thomas. She loves it.” The publication of the American Psychological Association, the APA Monitor in the June 1997 edition, quoted Nancy along with top specialists of Attachment Disorder in an article entitled: When Children Don’t Bond With Parents. The journal entitled “The New Therapist,” from Sussex, England, published Nancy‘s article, When Love is Not Enough, in the Autumn 2000 issue. She has also had articles published in the High Risk Newsletter; and, The Cline/Fay Institute (the Love and Logic folks) recently published her audio tapes Healing Trust: Rebuilding The Broken Bond.

Nancy Thomas began speaking professionally and doing consultation work in 1986. Since her work was highlighted in an HBO special in 1990 entitled CHILD OF RAGE she has become a much sought after and respected speaker. She has shared the effective keys to her high success rate in working with these high risk children in hundreds of state, county, and private agencies in 46 states, Australia, Canada, England, China, Japan and Romania. Nancy has captivated audiences with love and laughter as she taught the skills to teach children how to be respectful, responsible, and fun to be around to over 28,500 parents and professionals.

As an interim professor at Colorado Mountain College in 1996, Nancy used behavior modification concepts, traditionally focused on people, toward behavior management of animals. In 1997, 98, and 99 she taught classes for Providence General Medical Center for Continuing Medical Education to satisfy the relicensure requirements of the Washington State Board of Medical Examiners and for the Physicians Recognition Award of the AMA.

A dream that Nancy has had for years became a reality when she established and began directing a summer camp program for emotionally disturbed children in 1999. At camp the children are able to laugh and learn with their parents in a healing environment.

Nancy Thomas is the founder and chairperson of a foundation to help Stop America’s Violent Youth. She is proud to be a part of this group that is working toward shaping our country’s future by helping the children.

Honored as an invited speaker on several radio shows, Nancy Thomas has been able to help many. In November 2000 Hawaii Family Forum aired an interview with her. Focus on the Family aired a radio show featuring Nancy on November 24, 2003, internationally, to over three million listeners.

When Love Is Not Enough: A Guide to Parenting Children with RAD

When Love is Not Enough: A Guide to Parenting Children with RAD-Reactive Attachment Disorder brings hope and healing tools to parents and professionals working to help challenging children. Effective interventions, a full step by step plan, clearer insight and understanding make a powerful difference in helping children heal. If you want to make a difference in the life of a hurting child, this book will do it! This plan was honed on some of the most difficult children in the US and has been used successfully to help thousands of children around the world. Children can learn to be respectful, responsible and fun to be with. This book tells the reader how to do it and then zaps them with a boost of encouragement to get started!