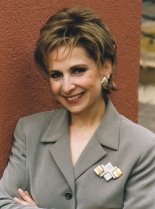 Paula Statman, B.S.E., M.S.S.W. is an award-winning author, internationally respected educator, and media spokesperson who is recognized for her groundbreaking efforts in parent education. Her common sense wisdom for raising safe and sound kids and building healthy families has benefited hundreds of thousands of parents in the United States and Canada.

Paula Statman is a repeat guest expert on the Today Show and Oprah – including Best of Oprah – and has appeared on over 200 local, regional, and national radio and television programs. She is the author of several books, such as the award-winning Raising Careful, Confident Kids in a Crazy World, which received a Parents’ Choice Honor, was named one of the “Top Ten Parenting Books” by the Seattle Times, and is published in Russia, China, and Spain. Other books and published materials by Paula Statman include Out of Harm’s Way: Teaching Kids to Be Safe and Strong and an accompanying curriculum for educators, and Life on a Balance Beam: It Helps If You Don’t Look Down. Her views and articles have been featured in numerous national magazines such as Parents, Child, Redbook, USA Today.com., and over 100 newspapers.

An informative and entertaining speaker, Paula Statman frequently keynotes and leads workshops at conferences and community events sponsored by corporations, associations, hospitals churches, schools and civic groups. Currently she is a national keynote speaker for the For the Love of Kids conferences.

Paula Statman directs KidWISE Institute in Oakland, California. She earned a Masters of Science in Social Work from the University of Wisconsin-Madison. Paula Statman lives in Oakland with her husband and has a daughter in college.

Featured on Oprah and the Today Show, and selected by a Book of the Month Club, this award winning, updated edition (formerly titled, On the Safe Side), is considered the definitive book on teaching personal safety and other necessary skills for today's world. Parents learn how to "prepare, not scare" kids with practical, positive information that they can use anytime, anywhere. Skills are presented according to age and stage, so that parents don't teach too much too soon or too little too late.

On the Safe Side: Teach Your Child to Be Safe, Strong, and Street-Smart

This guide for parents shows how to protect children from molestation, abduction, and abuse without making them fearful by teaching them to use caution and good judgment, emphasizing self-esteem, and discussing issues in simple, matter-of-fact language.