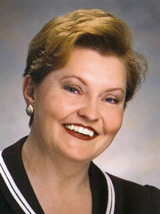 Renata J. Rafferty is among the most engaging and sought-after speakers on philanthropy in the nation today. As personal advisor to some of the wealthiest families and institutions around the globe, her unparalleled perspective on the high-stakes world of charity and philanthropy have made Renata J. Rafferty a popular media expert and on-camera analyst as well.

Mrs. Rafferty’s experience assisting over one thousand charities over the past twenty-five years forms the basis for her colorful “insider’s view” of all that is wrong, right, and outrageous with charity in America.

Conference, meeting, and exclusive event audiences alike have been attracted by her unique message and dynamic no-holds-barred style. Renata J. Rafferty has been profiled in INC. magazine, wrote the nation’s only syndicated business column on charity for Gannett, and served as a featured columnist with WORTH.com (Worth Magazine). Renata J. Rafferty has been interviewed by Forbes, Kiplinger’s, Money Magazine, US News & World Report, Research, and by major dailies across the country including The Washington Post, The Wall Street Journal, and The Los Angeles Times.

Renata J. Rafferty is a frequent guest on national radio and television on shows as diverse as The O’Reilly Factor, and Canada A.M., to a wide range of shows on Bloomberg, CNN, MSNBC, PBS, NPR and top-20-market radio programs.

More than an “outside” analyst, Mrs. Renata J. Rafferty is highly respected within the charitable sector itself. She has taught or lectured on philanthropy and charitable sector issues at the top universities in America, and has addressed major conferences on topics ranging from social change to personal philanthropy. In her work overseas, Mrs. Rafferty has advised foundations and charities in Eastern Europe, and served with the staff of the Vatican.

Provocative, engaging and insightful, Renata Rafferty is the ideal expert for your demanding audience.

Don't Just Give It Away: How to Make the Most of Your Charitable Giving

"Every once in a while, a book comes along that unsettles the status quo in an entire facet of society - This is that book!" That's how American Philanthropy Review characterized her best-selling book, Don't Just Give It Away: How To Make the Most of Your Charitable Giving. Endorsed by the leaders of major charities, financial institutions, and corporations, this innovative - and controversial -- guide to social change through wise and meaningful giving has drawn unprecedented national attention, with reviews echoing philanthropist-actor Paul Newman's endorsement in the book's Foreword: "I wish (it) had been written years earlier." Renata Rafferty has come through with a book people of all income levels should possess for it is a book about fostering change in society as much as it is a guide to charitable giving. No matter how much we give or how often, we should all be concerned with where the money goes and how it gets used. Don't Just Give It Away provides us with the knowledge to make wise decisions with our money. This is one of the best investments you can make.