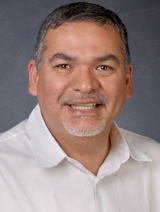 Ricardo Sandoval-Palos is a veteran investigative journalist and author. As a reporter he has written landmark stories on business, immigration and organized crime. And as an editor, Sandoval-Palos has led teams on award-winning research projects into a variety of subjects, from the undue influence of Big Tobacco in developing nations, to illegal mining in South America and mysterious deaths of thousands of young sugar cane harvesters. Sandoval-Palos’ work has been recognized with awards from the Overseas Press Club, the Inter-American Press Association, the Loeb Awards for Business Journalism and Investigative Reporters and Editors. Born in Mexico and raised in Southern California, Sandoval Palos began his professional career as a reporter at a commercial radio station in Northern California. He went on to write about agriculture, immigration, banking and public utilities at newspapers in California. In 1997 he authored the biography “The Fight in the Fields; Cesar Chavez and the Farmworkers Movement,” published by Harcourt. 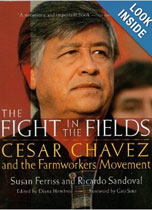 The Fight in the Fields: Cesar Chavez and the Farmworkers Movement

A "vivid, well-documented account of the farmworkers movement"(Philadelphia Inquirer) and its prime mover, Cesar Chavez. Edited by Diana Hembree with a foreword by Gary Soto and essays by Carey McWilliams, Victor Villaseñor, Alfredo Véa, Jr., Peter Matthiessen, Rudolfo Anaya, and others. Black-and-white photographs throughout.