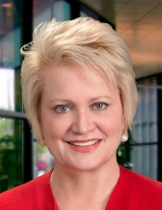 Susan Dentzer is CEO at Network for Excellence in Health Innovation. In this role, she works closely with foundation leaders to carry out the organizational mission of improving the health and health care of all Americans. One of the nation’s most respected health and health policy thought leaders and journalists, she is also an on-air analyst on health issues on the PBS NewsHour. From 2008 to April 2013, she was the editor-in-chief of Health Affairs, the nation’s leading peer-reviewed journal of health policy, and led the transformation of that journal from a bimonthly academic publication into a highly topical publication and web site with more than 120 million page views annually. From 1998 to 2008, she led the PBS NewsHour’s health unit as on-air health correspondent, and was the recipient of numerous honors and awards.

Dentzer is an elected member of the Institute of Medicine and the Council on Foreign Relations, and a public member of the board of directors of the American Board of Medical Specialties, a non-profit organization overseeing 24 approved medical specialty boards that set standards for board certification for the nation’s physicians. She is also a member of the Board of Overseers of the International Rescue Committee, a humanitarian organization providing relief to refugees and displaced persons around the world. She chairs the IRC board’s Program Committee, which oversees the organization’s activities in resettling refugees in the United States and dealing with refugees and displaced persons in roughly 25 countries.

A Nieman Fellow at Harvard University in 1986-87, Dentzer is a graduate of Dartmouth and holder of an honorary master of arts from the institution. She is also a Dartmouth trustee emerita, and was the only woman to date to chair the Dartmouth Board of Trustees, from 2001 to 2004. She has served on the Board of Overseers of Dartmouth Medical School since 1993.

A widely admired communicator, Dentzer is a frequent speaker before a wide variety of health care and other groups, and a frequent commentator on such National Public Radio shows as the Diane Rehm Show and This American Life.

She and her husband have three children and live in the Washington, DC area.