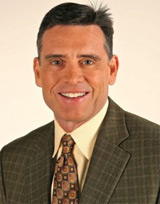 Todd Whitthorne is one of the country’s leading authorities on Health and Wellness and communicates his message through a powerful combination of information and motivation. From Oregon to Florida, from Wisconsin to Texas, Todd Whitthorne has positively impacted the lives of thousands by showing his audiences that their health is their responsibility…and the good news is, achieving optimal health is not nearly as hard as most people think! His enthusiastic message resonates on a personal level that also impacts the bottom line of corporations from reduced medical costs, increased productivity and lower absenteeism.

Todd’s message is grounded in solid science yet is presented in a comfortable, conversational style. As the president and chief executive officer of Cooper Concepts, Inc., a division of the Cooper Aerobics Center in Dallas, Todd Whitthorne taps into the expertise of an organization that is recognized world-wide as a leader in preventive medicine. His message which includes information on nutrition, exercise, stress management, supplementation, and motivation, makes what is confusing for so many, easy to understand and apply.

Todd Whitthorne is a born communicator having been in the public eye for over 25 years. After graduating from UCLA with a Bachelor of Science degree in kinesiology and exercise physiology, he began an Emmy award-winning broadcasting career that included stops in Washington, D.C., Phoenix and Dallas.

Since 2005, the veteran marathoner has served as the television host for the Dallas White Rock Marathon and the Dallas YMCA Turkey Trot. For eight years he also hosted and produced a nationally-syndicated radio program, Healthy Living with Dr. Ken Cooper. Live audiences respond quickly to Todd’s ability to communicate the user-friendly steps it takes to start looking and feeling better right away.

Besides his responsibilities as an executive and speaker Todd Whitthorne serves as chairman of the Our Kid’s Health Foundation, a nonprofit organization dedicated to reducing childhood obesity in Texas. Todd Whitthorne is also a member of the American College of Sports Medicine and IAWHP (the International Association for Worksite Health Promotion).