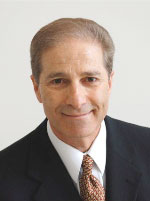 Thomas Faranda was named one of the most exciting speakers in America by “Meetings & Conventions Magazine” due to his high content, ‘bottom-line’ programs packed with examples, stories and global humor. He is the former President of The Hospital Corporation of Chicago, the former National Accounts Sales Manager for The Masonite Corporation and a former candidate for the United States Senate.

Thomas Faranda‘s books include The Global Sales Professional and Uncommon Sense Leadership, and he has published over one hundred business articles. Thomas Faranda has the credibility and experience audiences respect and demand in a featured speaker. He has earned a BS, an MBA in International Business and a Doctorate( abd). He has been a guest lecturer for universities in South Africa, the UK, Australia and was an adjunct faculty professor of business at the University of Minnesota.

As an adventurer, Thomas Faranda has climbed some of the tallest mountains around the world. He has raced 100 mile cycling events, competed in triathlons, duathlons, 100k ski races and many other events. He is a pilot, SCUBA diver, river rafter and mountain climber. He donates his time as a board member for several music and theatre arts organizations in the Phoenix area.