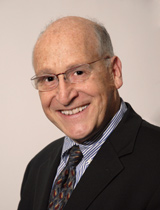 Tom Hayes is a master storyteller and life motivator. With great resilience and undying determination forged out of the experience of losing a leg to cancer in childhood, Tom has a compelling history to share with his audiences. A world traveler, extreme sports enthusiast, entrepreneur and proud father of two successful daughters, Tom epitomizes a “can do” approach to life’s challenges.

Tom rebounded from his misfortune with a zest for living life to the max. His disability became a launching pad for flights into the world of competitive and extreme sports. It is not uncommon for Tom to ski on a black diamond slope in the Rockies, race sailing yachts off the coast of Nantucket or bungee jump from a 340-foot cliff in New Zealand. From biking in Argentina, to fly-fishing the Bahamian flats, to scuba diving in Costa Rica, there isn’t a challenge Tom hasn’t enthusiastically faced head-on… especially if someone said it couldn’t be done. Tom is a believer in the axiom, “If you’re not living on the edge, you’re taking up too much space.”

Tom built an enviable 27-year career with Fuji Medical Systems, the international manufacturer of medical x-ray film and equipment. As a sales manager, he grew a territory from $200,000 to over $50 million a year through personal sales and by building and motivating a top, award winning sales team.

In 2005, he created an online animation studio with a myriad of mythical and charismatic characters and icons- two of the most notable being the Boston Baked Bean and The Big Apple. This enterprise burgeoned into a full line toy and animation company with international reach.

For over twenty years, Tom has maintained a second career as a first-rate stand-up comedian, humorist and speaker. In 1986, Showtime Cable Network selected Tom as a “Funniest Person” award-winner. Hayes combines his offbeat sense of humor with the practical advice of how the game of life is really won day after day.