We love our locals!

Boston is a city like no other. Known for its culture, shopping, entertainment and history, Boston is one of the oldest American cities. Boston is also home to some of the best sports teams in the country and houses some of the top universities you can attend.
AEI is proud to be a Boston-based speaking bureau. We have a wide variety of speakers who are local to New England. Here’s a sample of some of our exceptional local speakers: 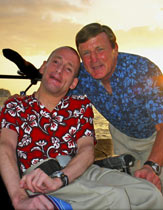 Rick Hoyt was born as a spastic quadriplegic with cerebral palsy and as a non-speaking person. Despite this, with the help of his father, Dick Hoyt, he has accomplished incredible things. He’s competed in the Boston Marathon over 30 times, in the Ironman Triathlons 6 times and has competed in several other races around the world. Dick Hoyt travels the country to discuss he and his son’s inspirational journey, their motto “Yes You Can,” and his lifelong commitment to changing attitudes and educating others on the world of disabilities. 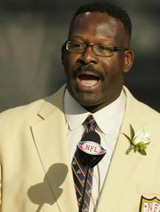 Andre Tippett is a local champion. A stand-out football player on the University of Iowa’s team, he was drafted by the New England Patriots in 1982. He played a total of 11 seasons with the team, earning an induction into the Hall of Fame and was named NFL’s linebacker of the year three years in a row. Since retiring from the NFL in 1994, Tippett now serves as the New England Patriots Executive Director of Community Affairs. Tippett speaks about his time playing football and what he learned throughout his NFL career. 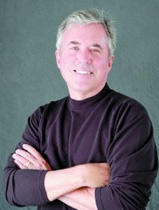 Barry Nolan is a host, reporter, correspondent, columnist, executive producer and actor. Originally from Alexandria, VA, Nolan has served as a correspondent for Extra!, Hard Copy, and was host and executive producer for Backstage With Barry Nolan. He also has acted in several films including Birdcage and Primary Colors and has guest starred on hit TV shows such as Seinfeld and Jag. Currently, he writes a regular column for Boston Magazine. He also is a guest panelist for the National Public Radio show “Says You.” Nolan can speak on such topics as stories of cons, liars and the science of bluffing, the oversized personalities and scandals in Hollywood during his career and a reporter’s true tale of being sucked into the Mean Girls movie-like vortex of Capital Hill right in the middle of the Great Meltdown.

Rico Petrocelli is a former major league baseball player who spent 13 years with the Boston Red Sox. In those 13 years, he hit 210 home runs including three seasons with more than 20 home runs in each. He also is considered to be one of the best infielders in Red Sox history. Since leaving the Red Sox, he has worked as both a manager and a coach. He currently hosts a sports talk show in Boston and is the president of his own marketing company. Petrocelli is a gifted speaker who has a incredible career to speak about.

To book any of these speakers or to check out our entire Local to New England roster, visit us at AEISpeakers.com!