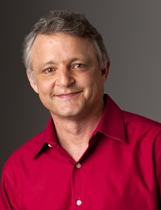 Joe Palca is a science correspondent for NPR. He comes to journalism from a science background, having received a Ph.D. in psychology from the University of California at Santa Cruz where he worked on human sleep physiology.

Since joining NPR in 1992, Dr. Palca has covered a range of science topics – everything from biomedical research to astronomy. He is currently focused on the eponymous series, “Joe’s Big Idea.” Stories in the series explore the minds and motivations of scientists and inventors.

Palca has also worked as a television science producer, a senior correspondent for Science Magazine, and Washington news editor of Nature.

Palca has won numerous awards, several of which came with attractive certificates. With Flora Lichtman, Palca is the co-author of Annoying: The Science of What Bugs Us (Wiley, 2011).