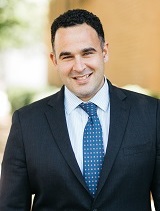 Dubbed by NBC News as the “prodigy of drug politics,” author, consultant, advisor to three U.S. presidential administrations, and assistant professor, Kevin A. Sabet, Ph.D., has studied, researched, written about, and implemented drug policy for more than 20 years. He is currently the President and CEO of SAM (Smart Approaches to Marijuana), a non-profit organization he founded with Congressman Patrick Kennedy and David Frum. His book, Reefer Sanity: Seven Great Myths About Marijuana, was published by Beaufort (Midpoint) in 2013, and will be released in its second edition at the end of 2017. He is also the co-editor of Marijuana and Contemporary Health, published by Oxford University Press, and an assistant adjunct professor at Yale University and an institute director at the University of Florida.

His work as a government advisor began in the Clinton Administration as a researcher, and he was the senior speechwriter on drug policy in the Bush Administration (2002-2003). He returned to government in 2009, where he was asked to assist in drafting President Obama’s National Drug Control Strategy as a senior advisor. In 2011, he stepped down after being the only drug policy staffer to have served as a political appointee in a Democrat and Republican administration.

He has since been profiled in Politico, Crain’s Business, Salon Magazine, the International Business Times, The Daily Beast, Vox, and many other publications as America’s point person on drug policy issues. He has spoken at the Allen and Co. Sun Valley Conference, the Aspen Ideas, New Yorker, and Politicon festivals, at the Puebla Ideas Conference to debate the former presidents of Mexico and Colombia, on the Organization of American States blue ribbon commission advising hemispheric drug policy, and in hundreds of forums and discussions. He has been featured on the front page of the New York Times and in virtually every major media publication and news channel on the subject of drug policy. He has published op-eds in the Washington Post, New York Times, Los Angeles Times, and dozens of other publications. Dr. Sabet’s regular blog is housed at the Huffington Post and two of his op-eds have earned him a “Five Best Columns” distinction by The Atlantic.

In 2013, he co-founded, SAM, which advocates for a public-health based marijuana policy. He is the President of SAM and leads an advisory group comprising the most prominent scientists in the field of marijuana research. As the Director of the Drug Policy Institute at the University of Florida, Department of Psychiatry, Division of Addiction Medicine, he is the author of numerous monographs and peer-reviewed journal articles.
Dr. Sabet also regularly advises foreign governments, several non-governmental organizations working to reduce drug abuse and its consequences, and serves in an international role as an advisor, in various capacities, to the United Nations and other multi-national organizations.

He is the winner of numerous drug policy awards, including the 2014 Nils Bejerot Award for Global Drug Prevention, given at Stockholm City Hall by the anti-drug organization chaired by H.M. Queen Silvia of Sweden, the 2019 National Narcotics Lifetime Achievement Award, and the John P. McGovern Award for Drug Prevention given by the Institute for Behavior and Health, and Robert DuPont, the founding director of the National Institute on Drug Abuse.

He received his Doctorate of Philosophy and Masters of Science from Oxford University as a Marshall Scholar in 2007 and 2002, respectively, and his B.A. with high honors in Political Science from the University of California, Berkeley in 2001.

In this book, Kevin A. Sabet argues that the United States should not legalize pot with all of its attendant social costs, nor damage the future prospects of pot smokers by prosecuting and jailing them.